To improve our understanding of our cities, we have to venture out onto their pathway, into their hidden areas and their borders. Explore these unknown areas on foot. Stop. Spend the night.

Bordeaux’s suburban shelters offer 11 artistic observatories of a constantly moving metropolis, all of them connected together by a network of paths and back roads.

11 works of architecture that relate to their environment, that invite the walker, the resident, the visitor, to take a fresh look at the suburbs.  To rediscover, step by step, the great outdoors that is on the city’s doorstep, taking a contemporary and innovative stroll off the beaten track.

The concept of a Suburban Shelter was imagined in 1999 by Yvan Detraz with the aim to enhance the suburban territory of the Bordeaux metropolis and to develop pedestrian itinerancy.

The Common Land Trail of Greater Bordeaux, created by Bruit du frigo, is marked out by the 11 peri-urban refuges.

Since 2010, the Suburban Shelters project has been led by Bruit du frigo (project design, general and artistic direction), in collaboration with Zébra3 (artistic and technical direction / production).

The popularity of the Shelters has grown steadily over the years, both with the inhabitants of the city and with passing visitors, who are invited to stay in these unusual accommodations for one night : as a couple, with family, with friends, they come to share a moment of plenitude, a break from the daily routine or simply to enjoy a friendly moment.

The Shelters are open from March 1st to November 30th and are free of charge. All you need to do is to book (one night maximum). Comfort is basic and there is no water or electricity.

A new type of public equipment for a new urban use

Urban metropolises, like large natural spaces, offer a scale of territory and a diversity of landscapes conducive to adventure and exploration. From this point of view, they can be seen as lands for hiking. The emergence of the practice of suburban hiking and, more broadly, of a new form of tourism on the outskirts of cities now seems possible. A change of perception towards these territories is happening, and augurs well for the development of a richer and more extensive use of the urban peripheries by its inhabitants. The Bordeaux periphery has this potential for escape and resourcing, this exoticism of proximity conducive to the practice of hiking. It takes 5 to 6 days to walk around it.

In order to embody and promote the practice of suburban walk and more widely to encourage the discovery of the territory, we have imagined to install a series of shelters around the Bordeaux metropolis.

The Suburban Shelters are conceived as a cultural equipment divided into eleven pieces spread throughout the territory.

In 2010, as part of the 1st edition of panoramas, a contemporary art biennial on the Parc des Coteaux on the right bank of Bordeaux (Bassens, Cenon, Floirac, Lormont), Bruit du frigo proposed to test the concept of a suburban shelter. The design of this pilot refuge was entrusted to Zébra3, who imagined and produced Le Nuage (“The Cloud”), installed at the Parc de l’Ermitage in Lormont.

It is from this pioneering experience and in view of its public success, that we sought with Zébra3 to extend the concept to the scale of the urban area. In 2012, the CUB (Bordeaux Urban Community) committed itself to the adventure by supporting this unprecedented project. From now on, Bordeaux Métropole is responsible for its daily management and development, with the support of the host municipalities.

The Suburban Shelters project received the 2016 Suburban Innovation Award in the category of Living together, social cohesion and culture from the Ministry of Territorial Development, Rural Affairs and Local Authorities. 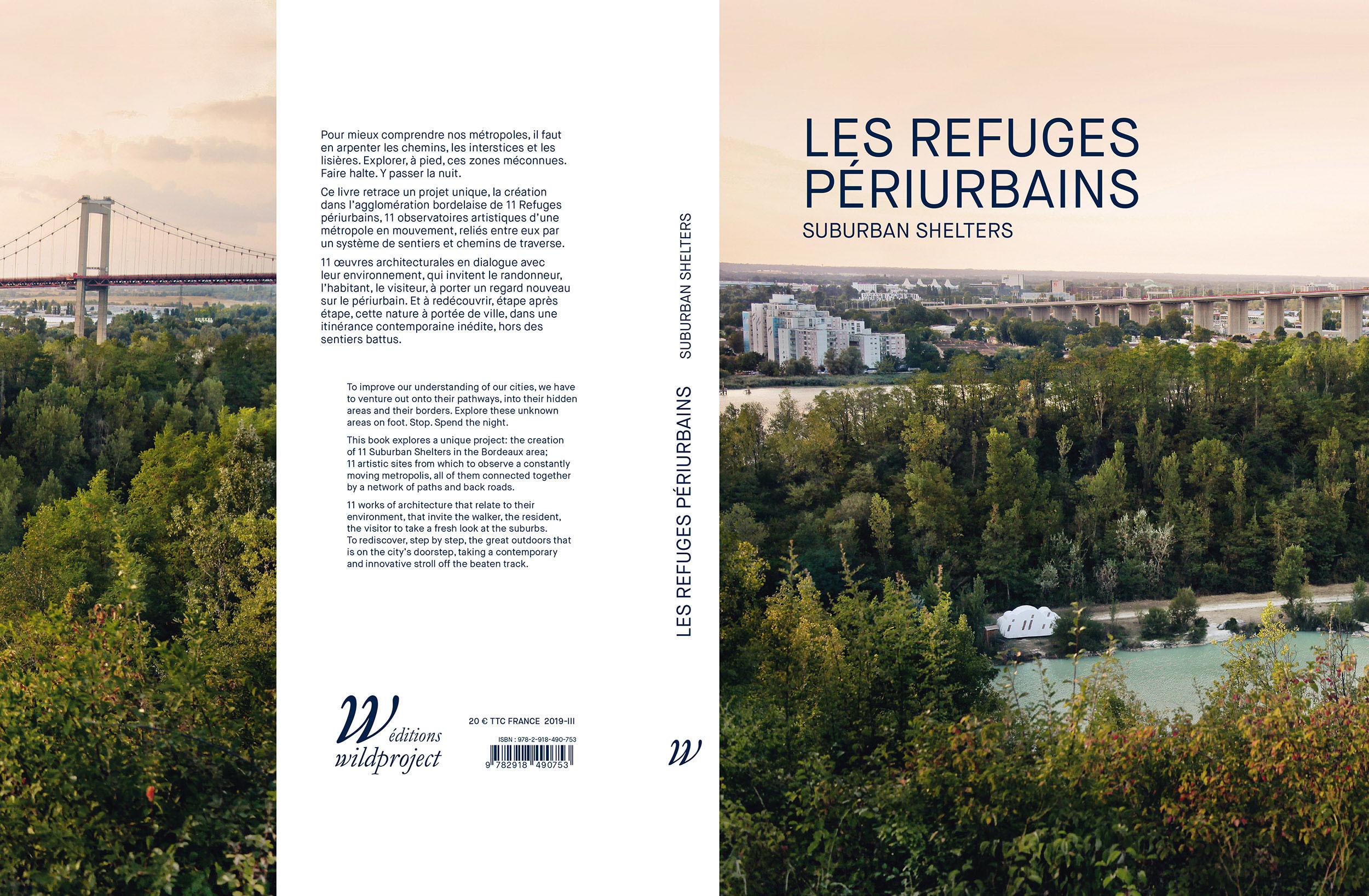 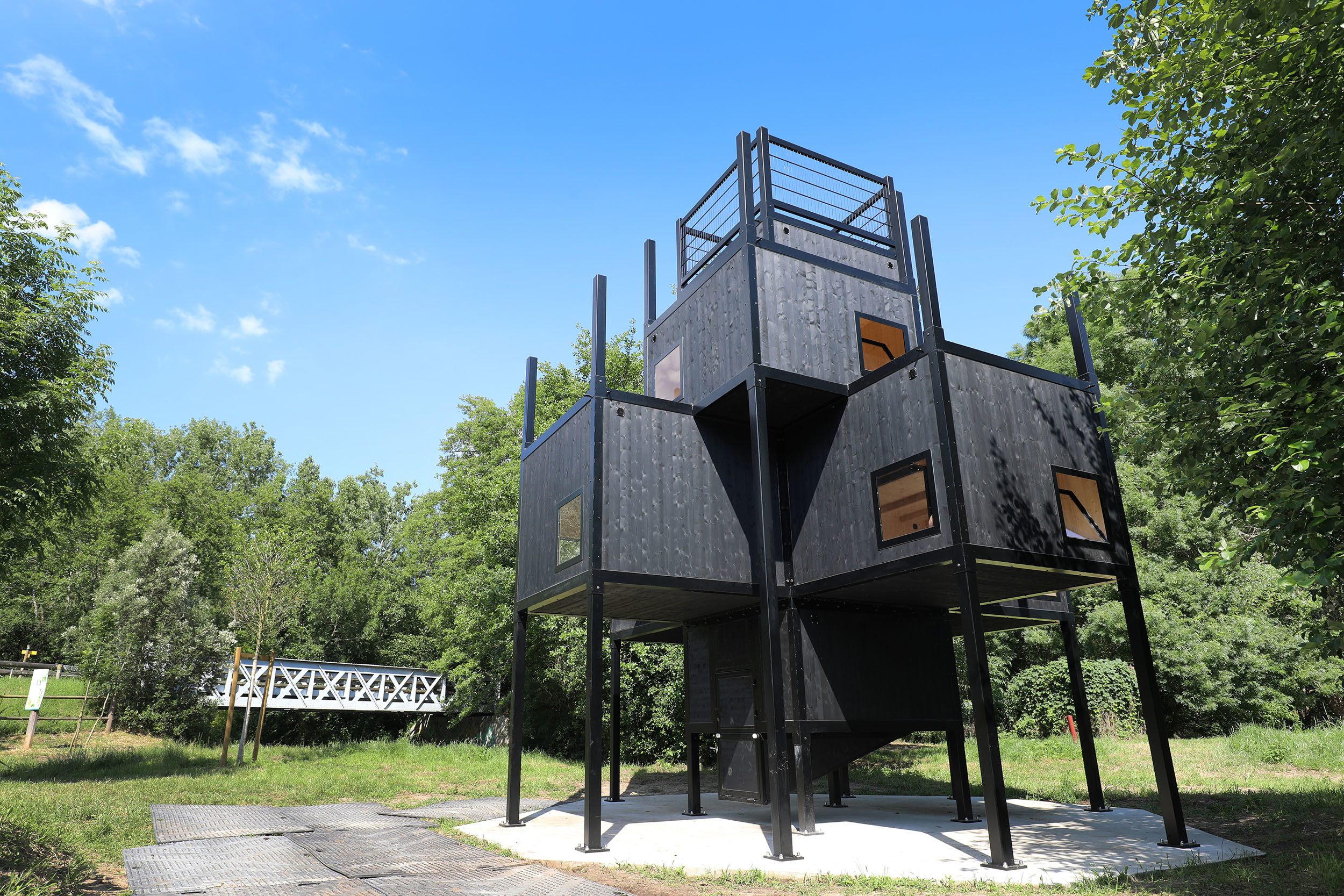 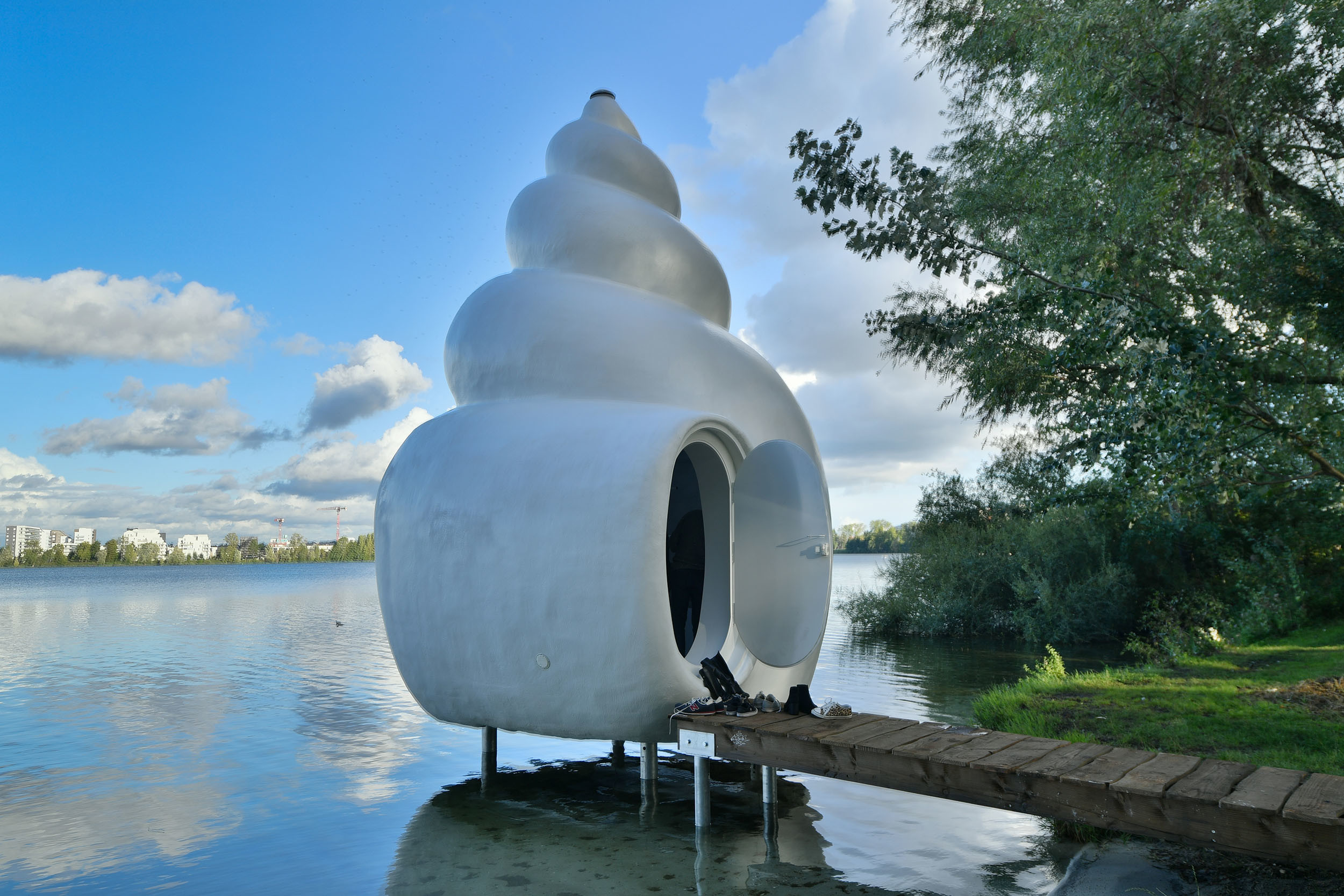 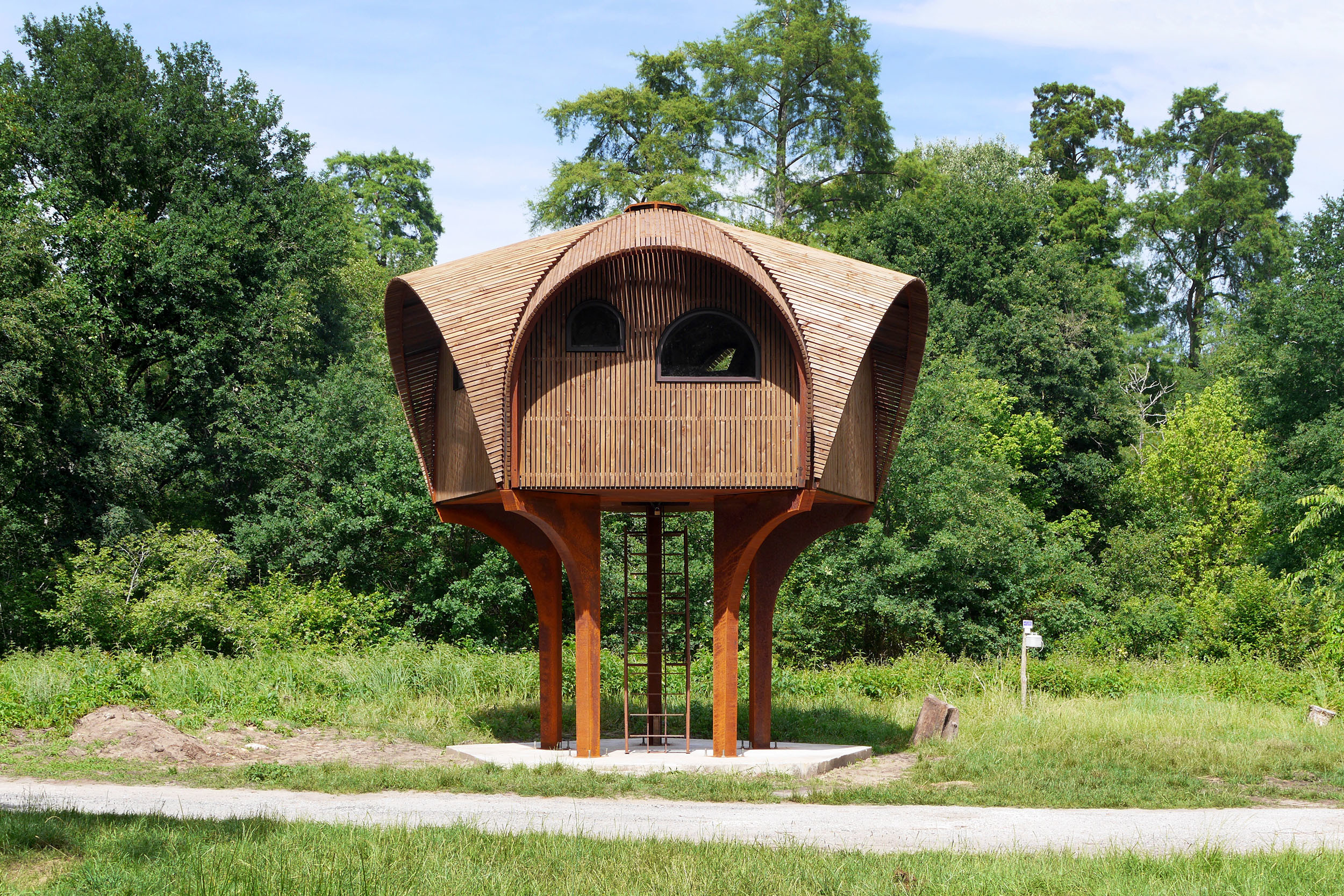 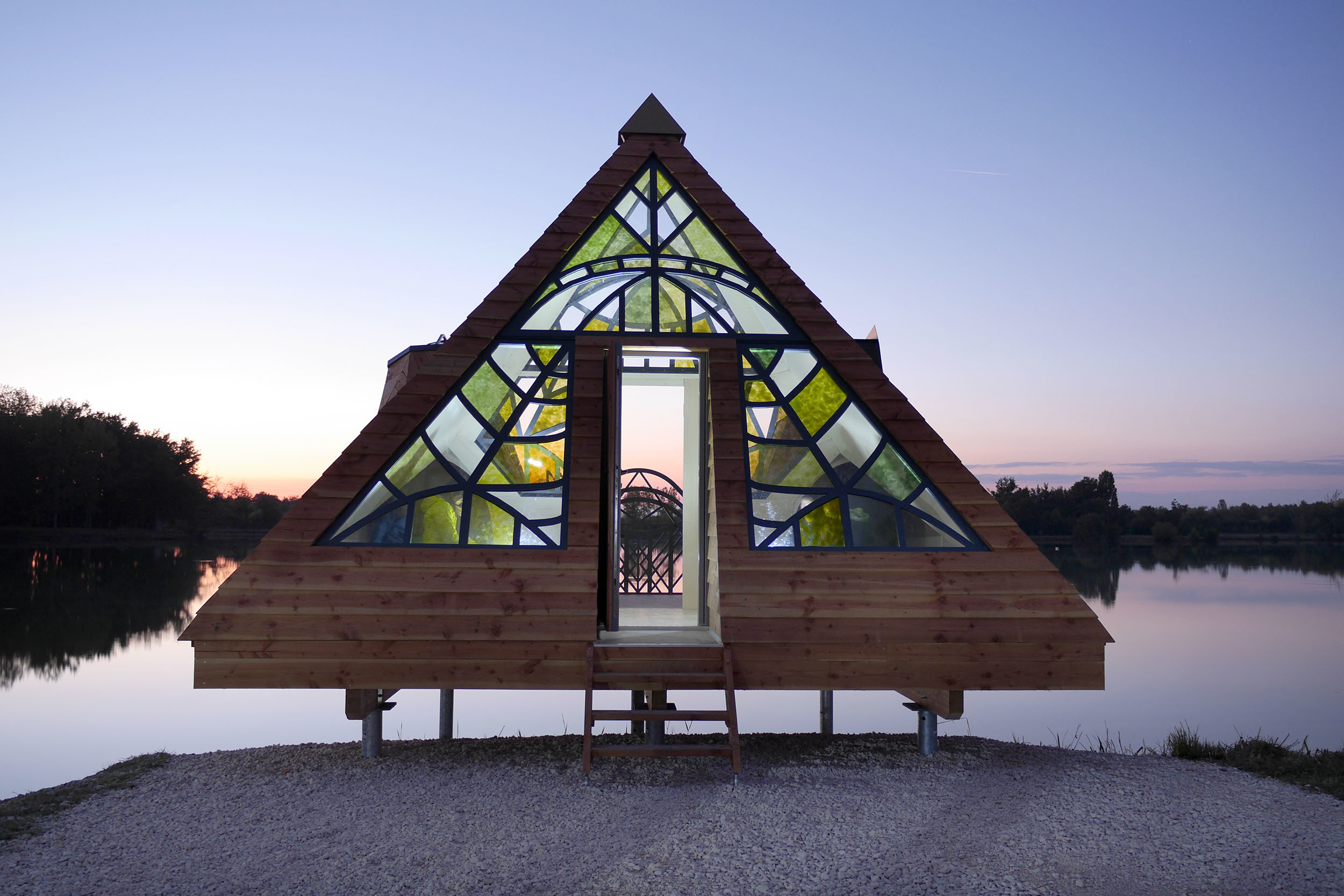 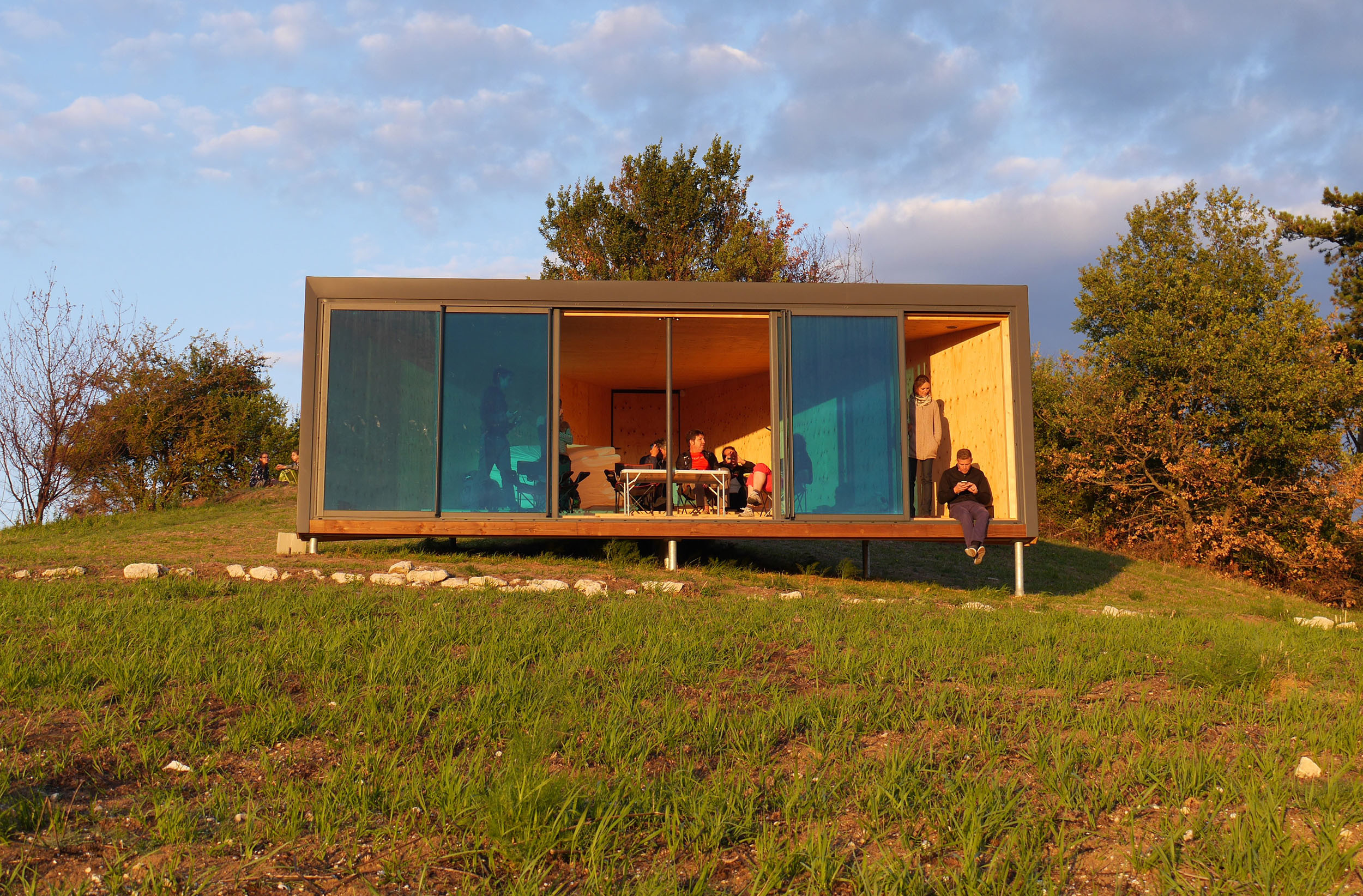 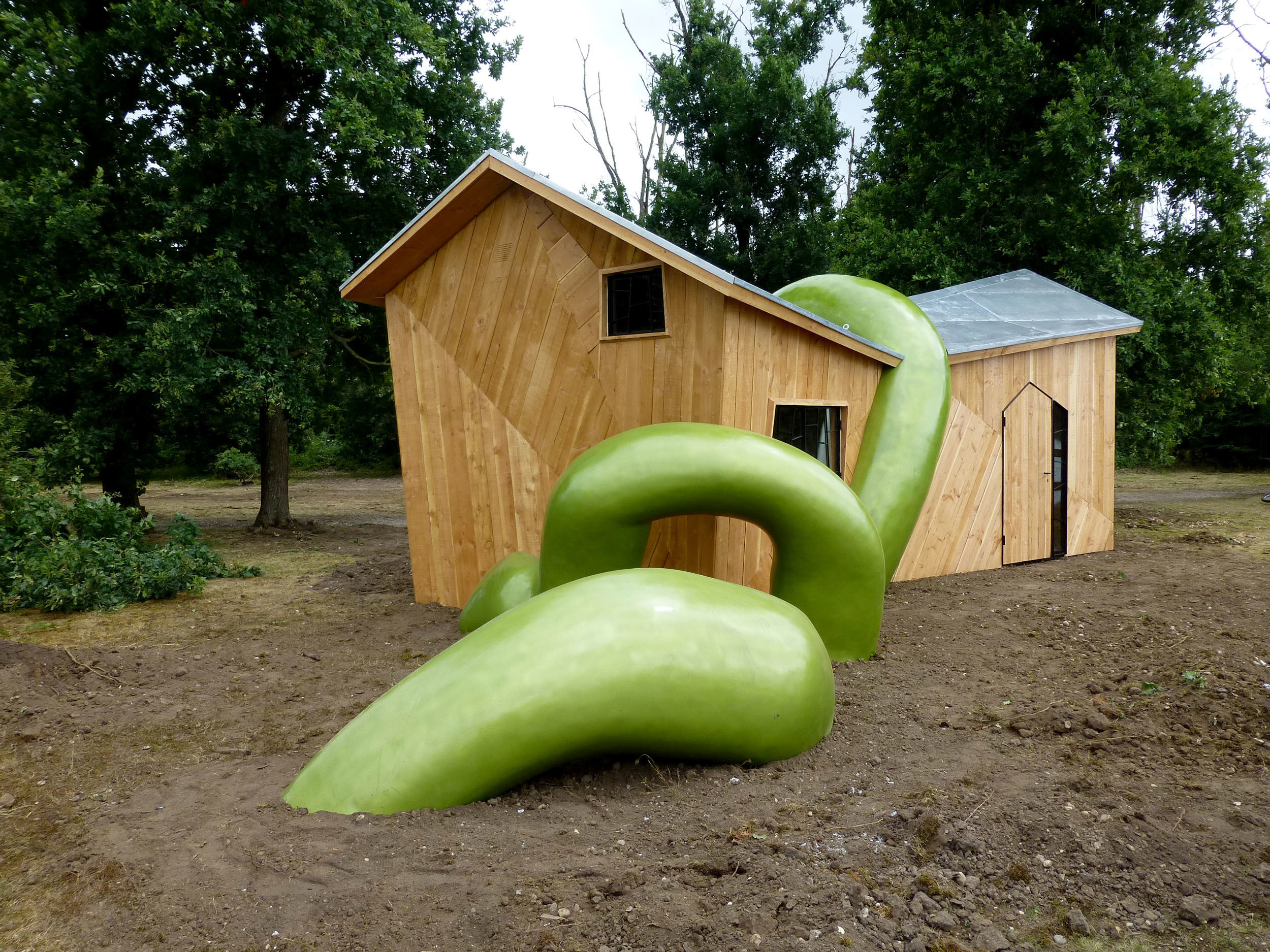 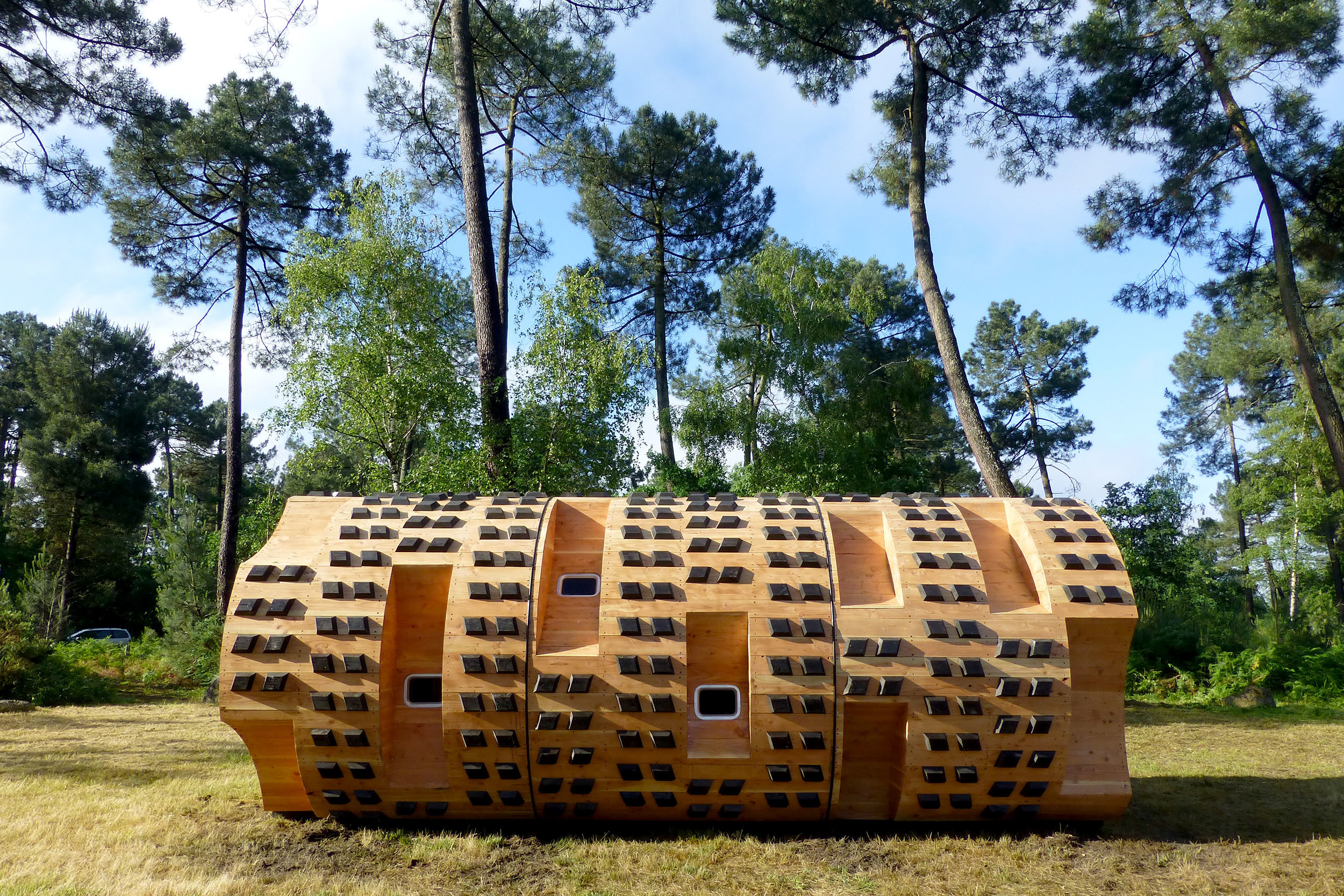 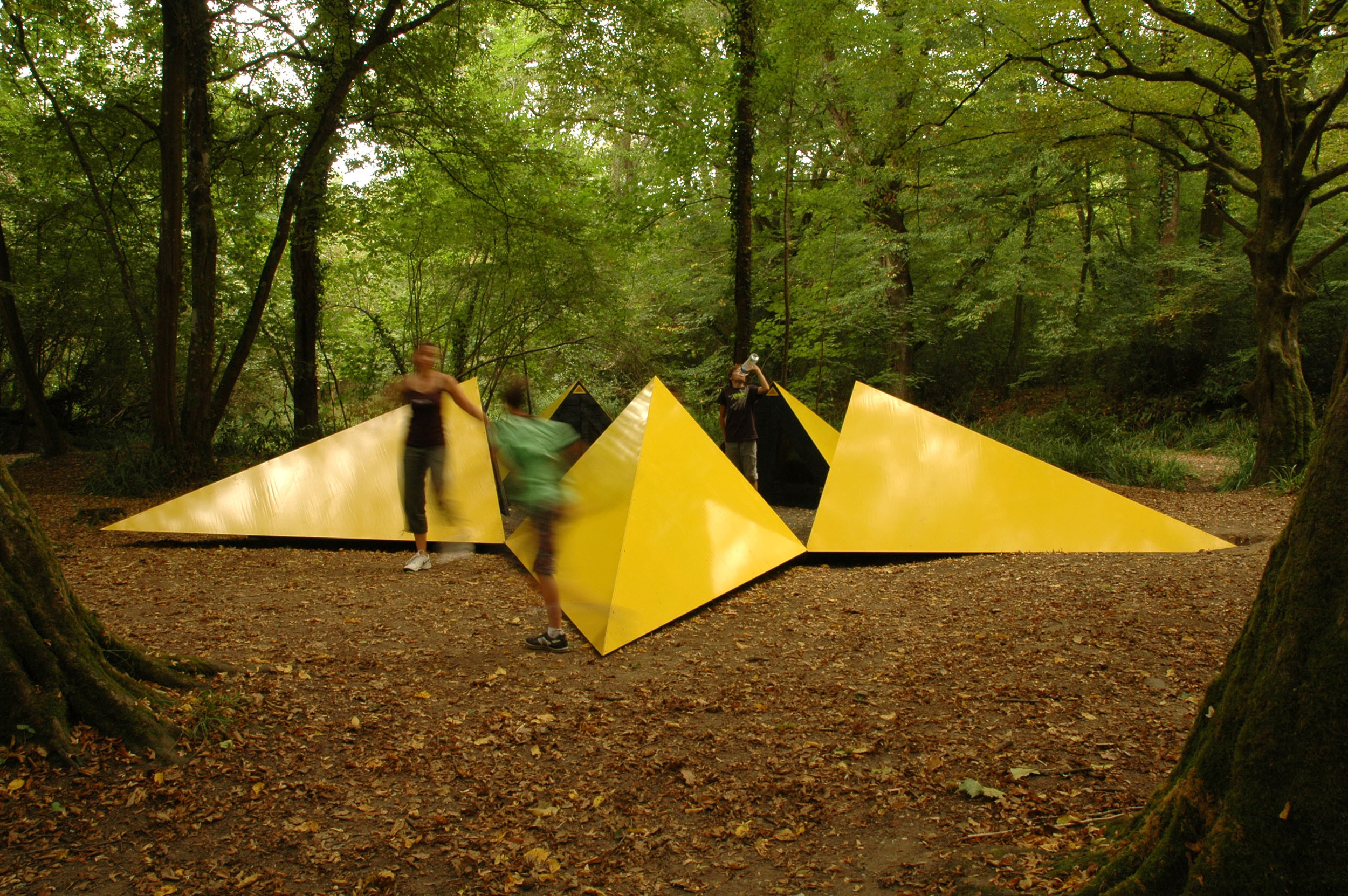 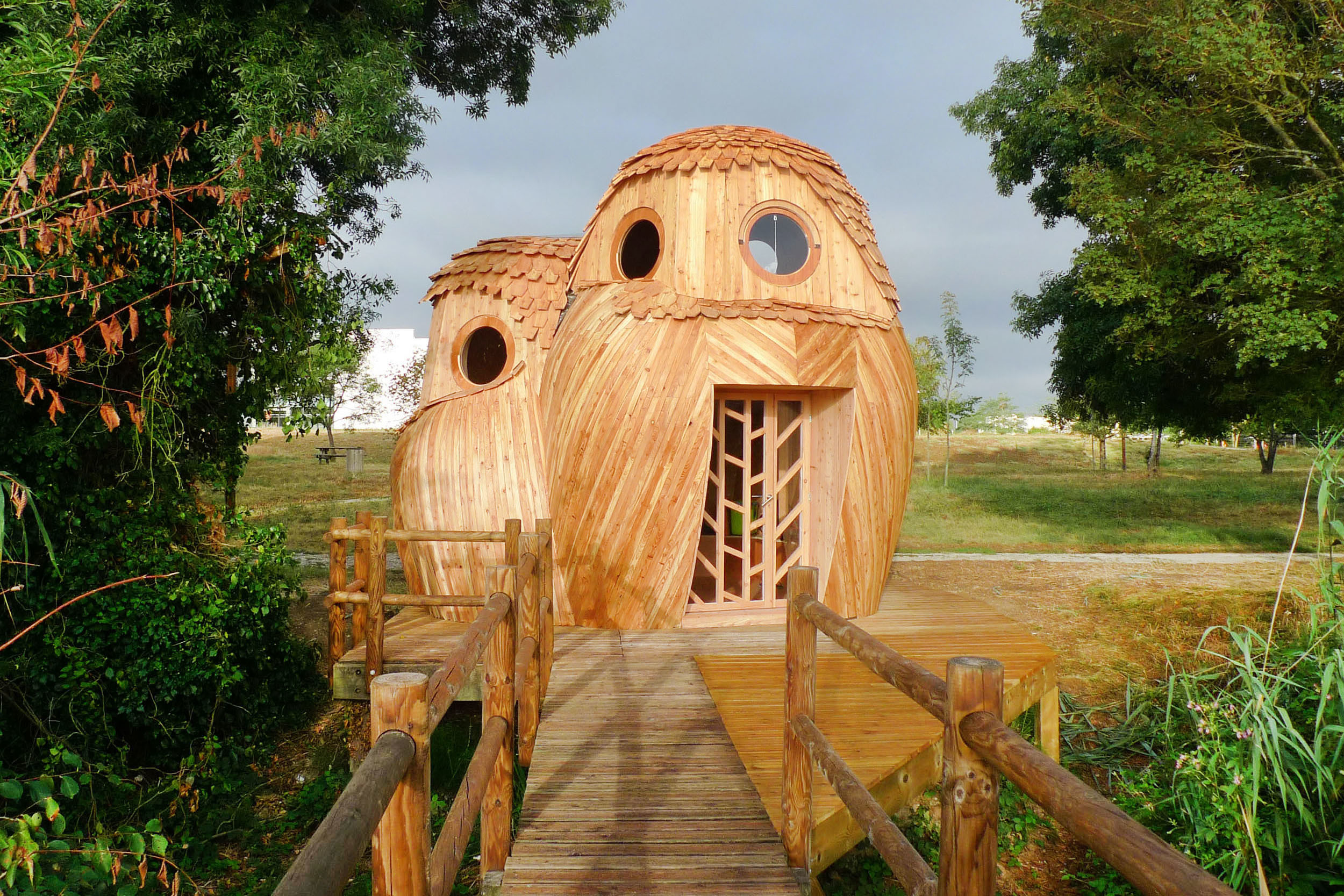 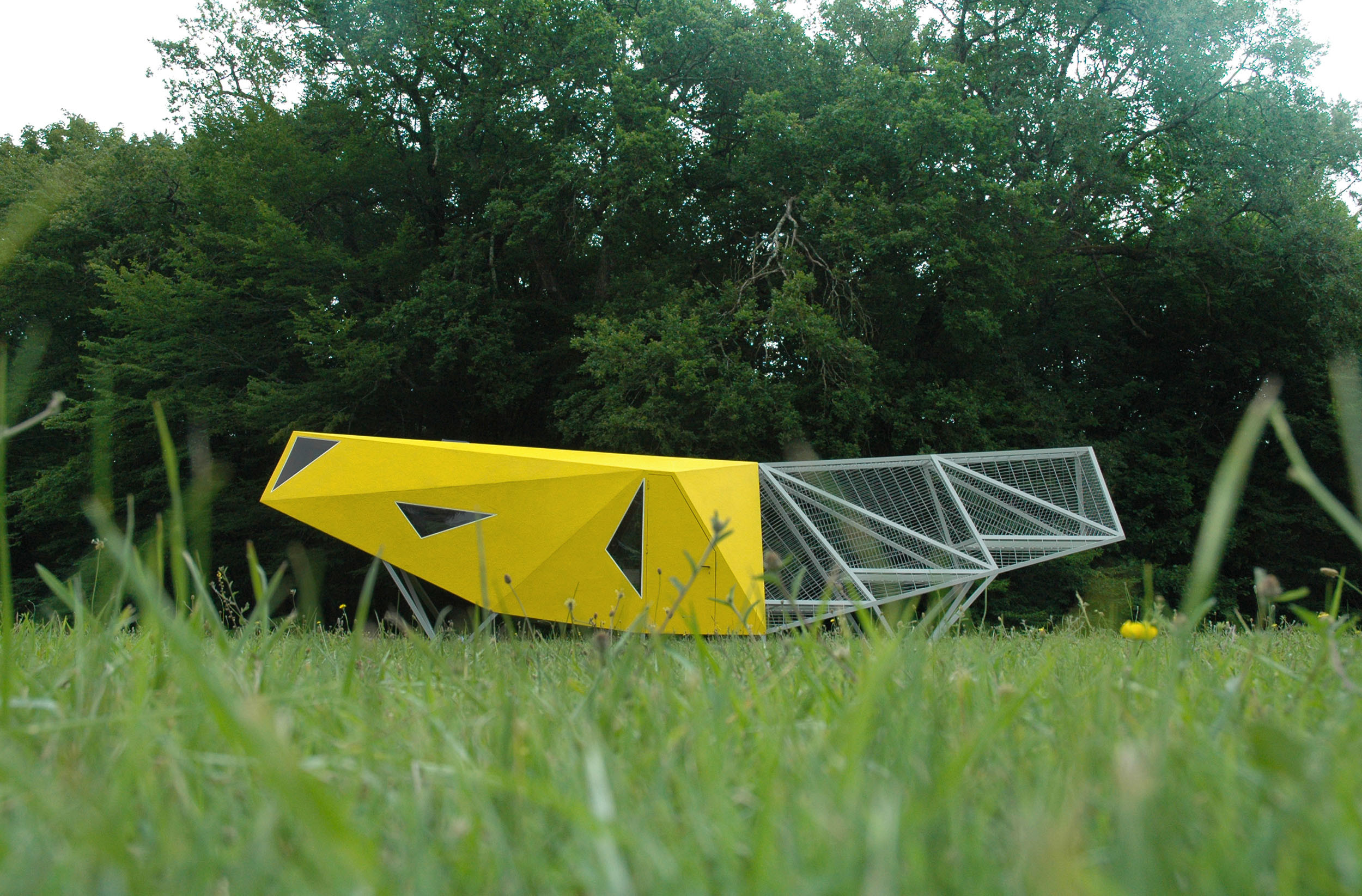 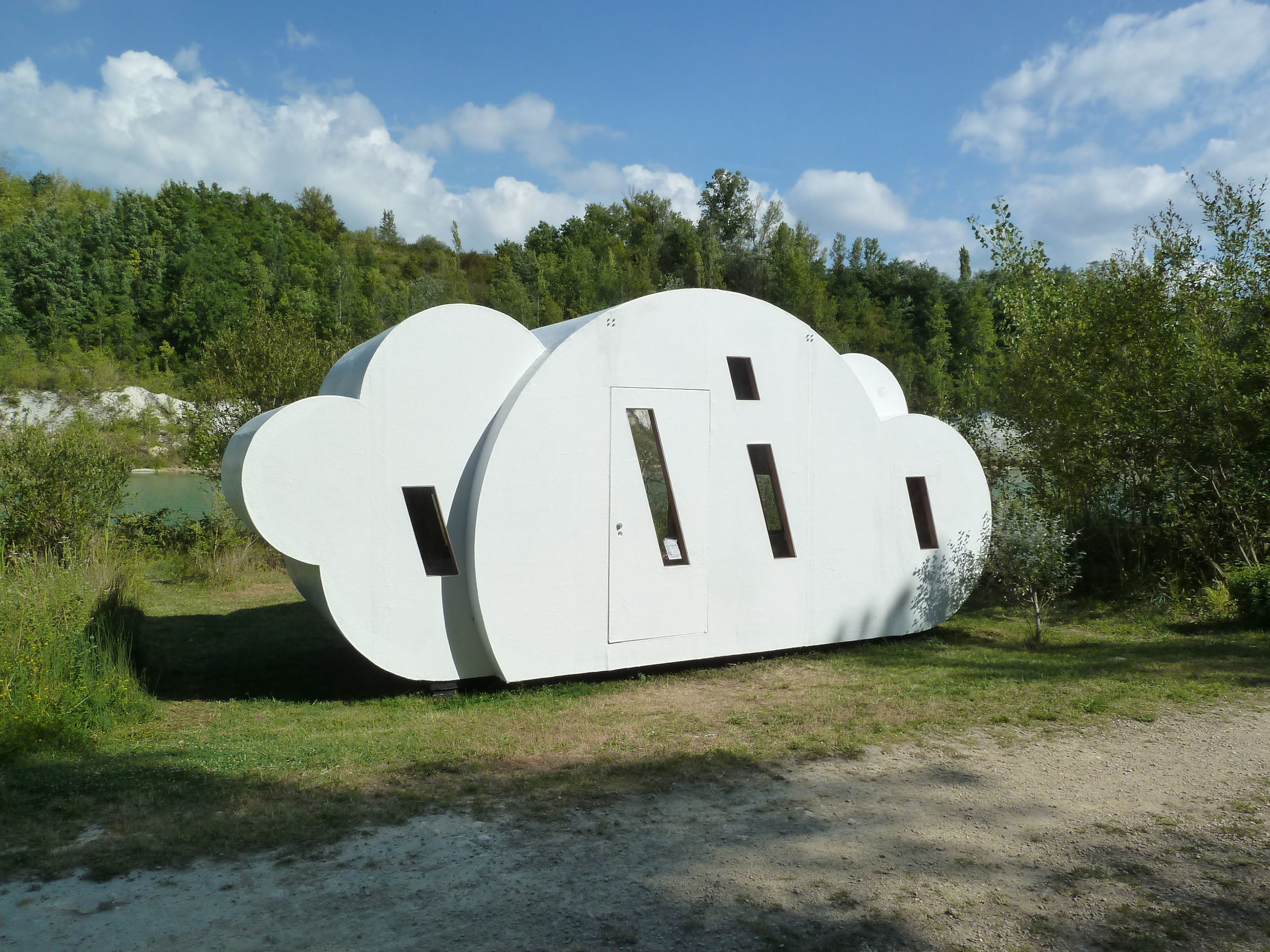