The PiscYne is a transitional urban planning project that contributes in part to the urban project management ZAC Haute Maison and Zac Hauts de Nesles in Champs sur Marne for which we were retained with the consortium of the agency Anyoji Beltrando. The joint project management between EpaMarne and the Gustave Eiffel University had the ambition of a project in the heart of the campus on the Lot Y otherwise called Parcelle Y. It is a large green space to invent, little used because of lack of equipment, with a beautiful spatial potential and an ideal geographical location. Their wishes: to create use for residents, academics, employees of companies.

5 consultation times were conducted with representatives of the different schools of the campus and the university and representatives of the companies to establish a complete specifications for: a furniture to be built on the plot, the pedestrianization of Descartes Boulevard that runs alongside it and the installation of a food service offer sheltered in containers.

The pedestrianisation of the boulevard is formalized visually by the graphic and signposting proposal of the collective Appelle moi papa . An intervention painted on the asphalt of Boulevard Descartes, with the aim of calming this area and transforming it into a soft path. The perimeter thus represented, allows to safely deploy polymorphic public activities. The blue is the color of union between the street, the coffee container and the furniture La PiscYne. A lighting of the site proposed by Studio Vicarini gives a guinguette spirit to this new public space.

The expectations of the concert group were a terrace space free of appropriation and reversible to accommodate spectacular as well as individual shapes, an agora, tables.

The PiscYne was thought of as a furniture that comes in mirror of the trade sheltered in containers. The context and expectations guided its final form.

The PiscYne is a generous wooden platform of long shape that comes to rest on the plot in front of the bar container. To propose a new topography on the ground, the ends of the platform are raised and meet each other offering bleachers in screw to screw. The central deck is thus transformed into a stage space, bare and modular. It can host events (shows, conferences, concerts…). In its center a blue surface simulates a swimming pool. Coloured tablets cascade out of the bleachers to offer users the opportunity to work, have a drink or picnic in more intimate conditions. On the opposite sides, open to the surrounding landscape, an inclined plane becomes the comfortable backrest for relaxation and contemplation.

The PiscYne sits on the sidewalk on the boulevard side, offers a large terrace and eventually straddles the valley, at this end a coloured tray stands out from the floor of the structure to propose a large collective table (the pool diving board;)  the feet suspended above the devers.
The PiscYne was built during a participatory project open to student volunteers for 13 days.  They joined us on a daily basis. We thank them. 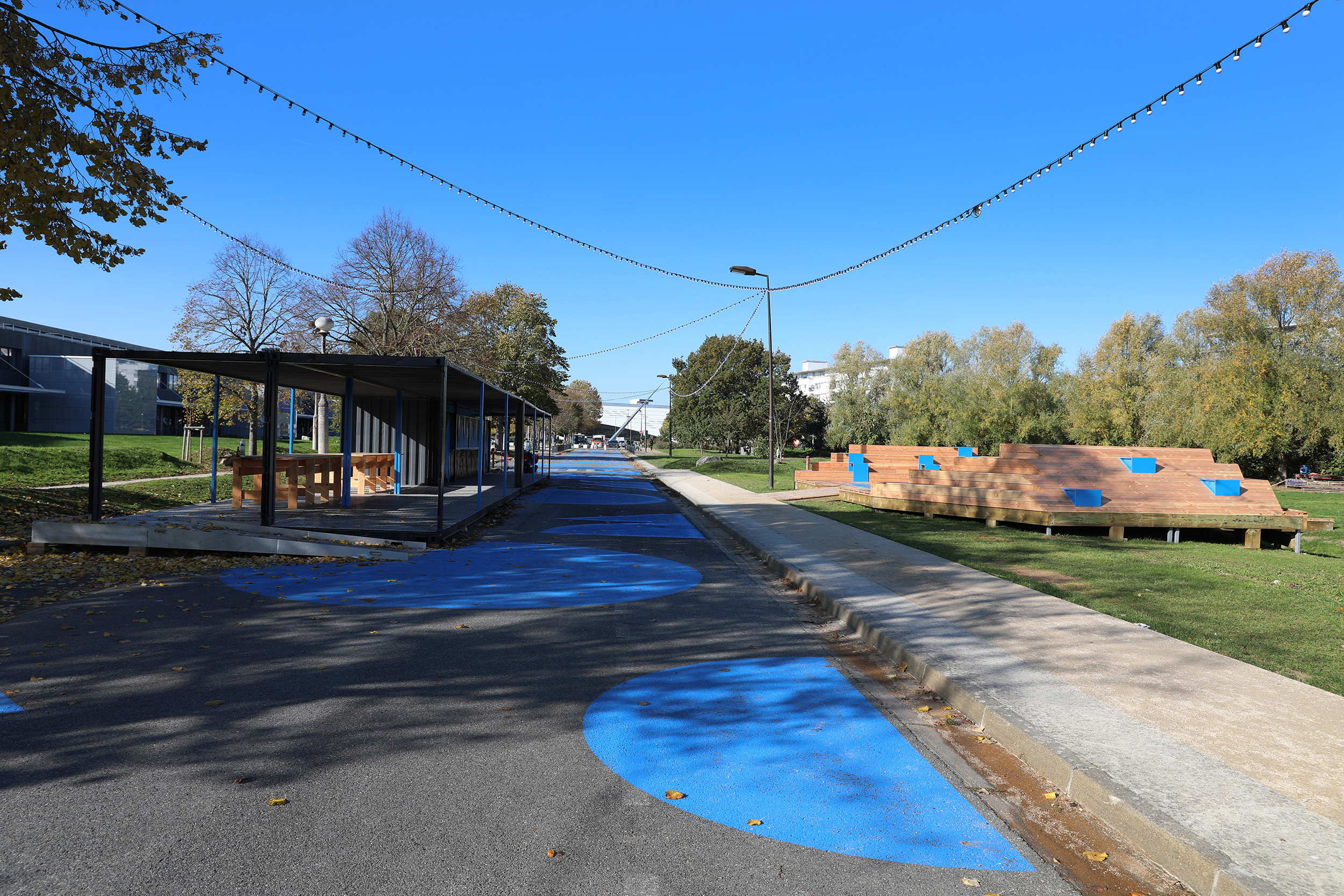 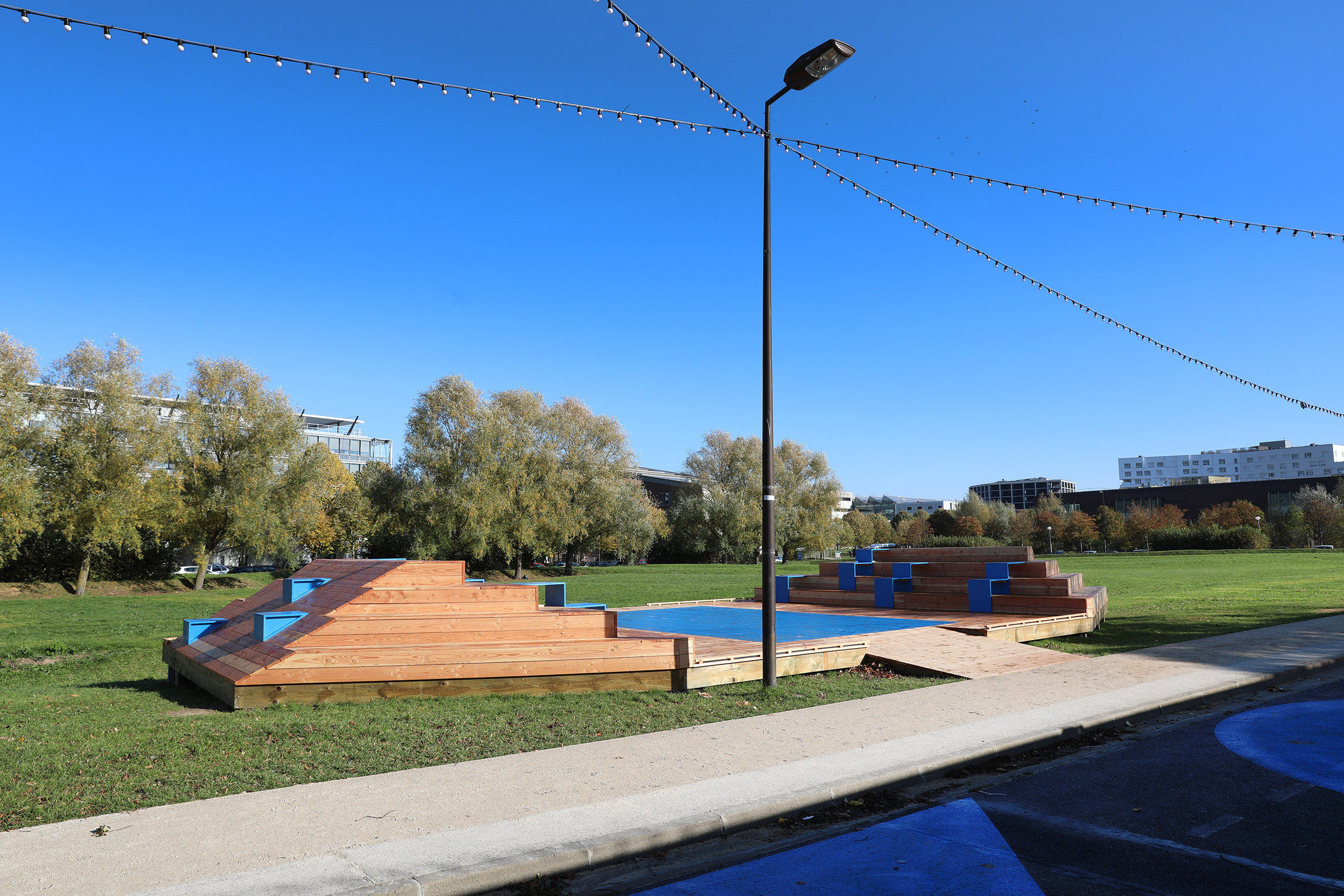 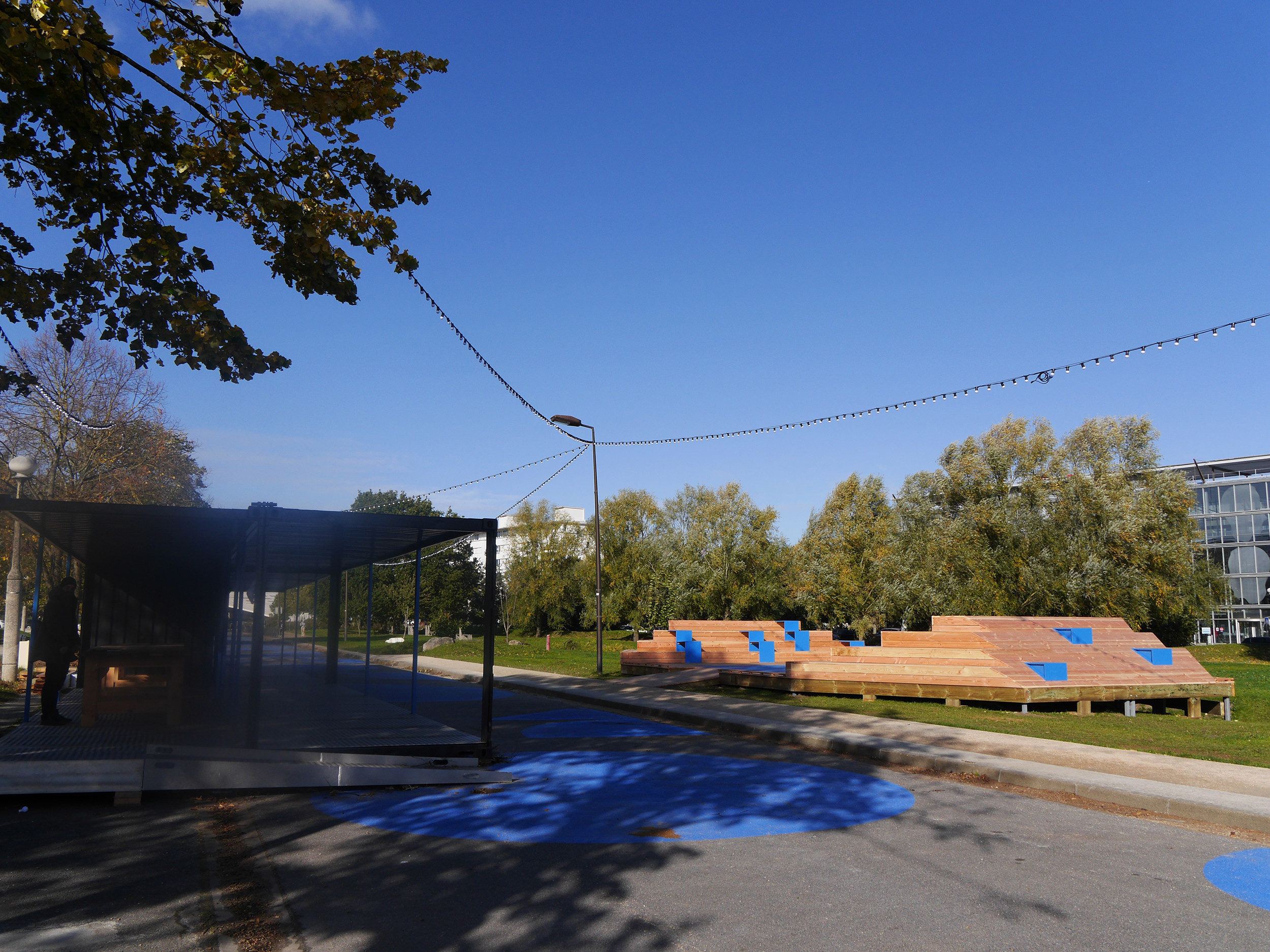 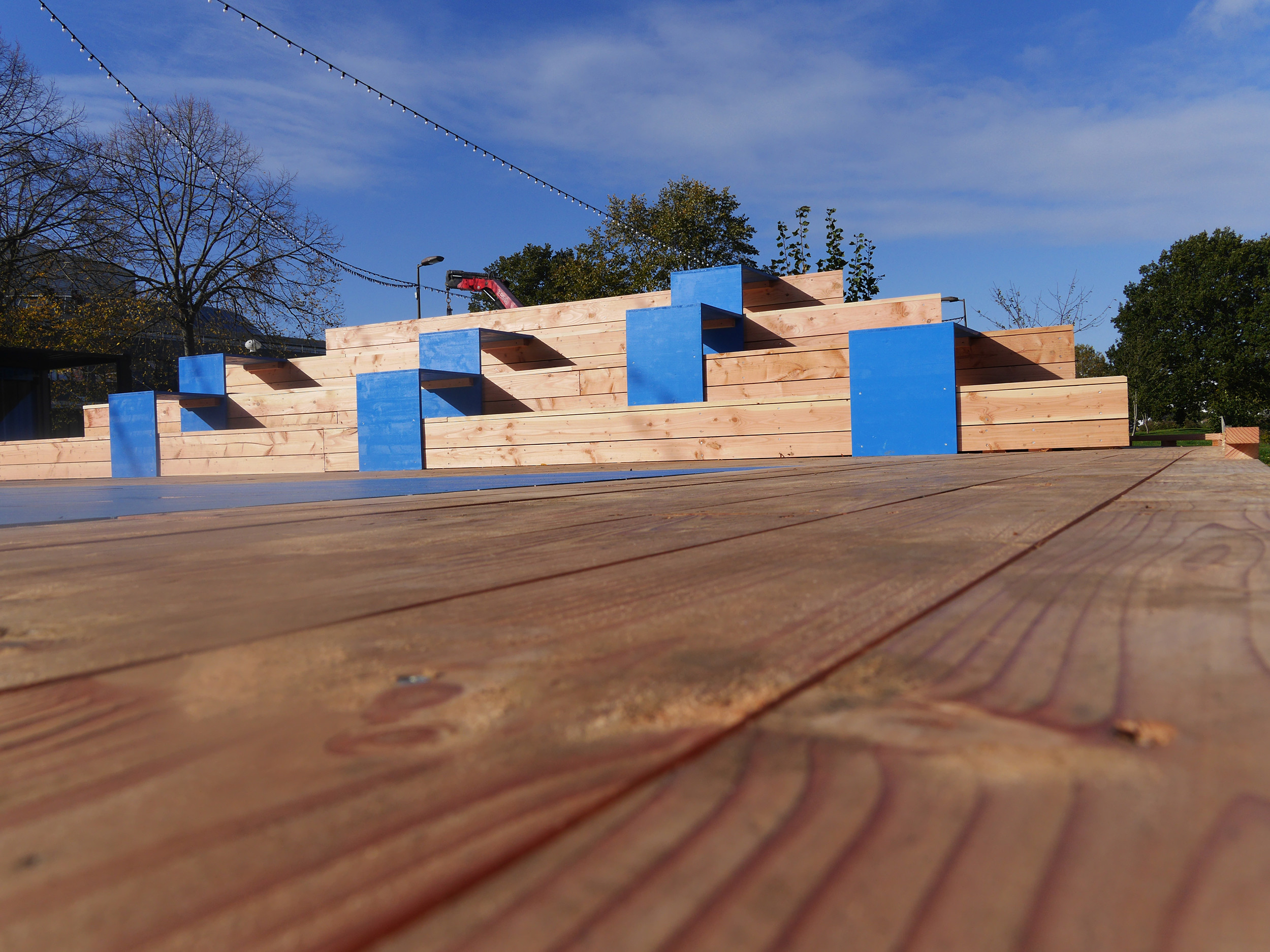 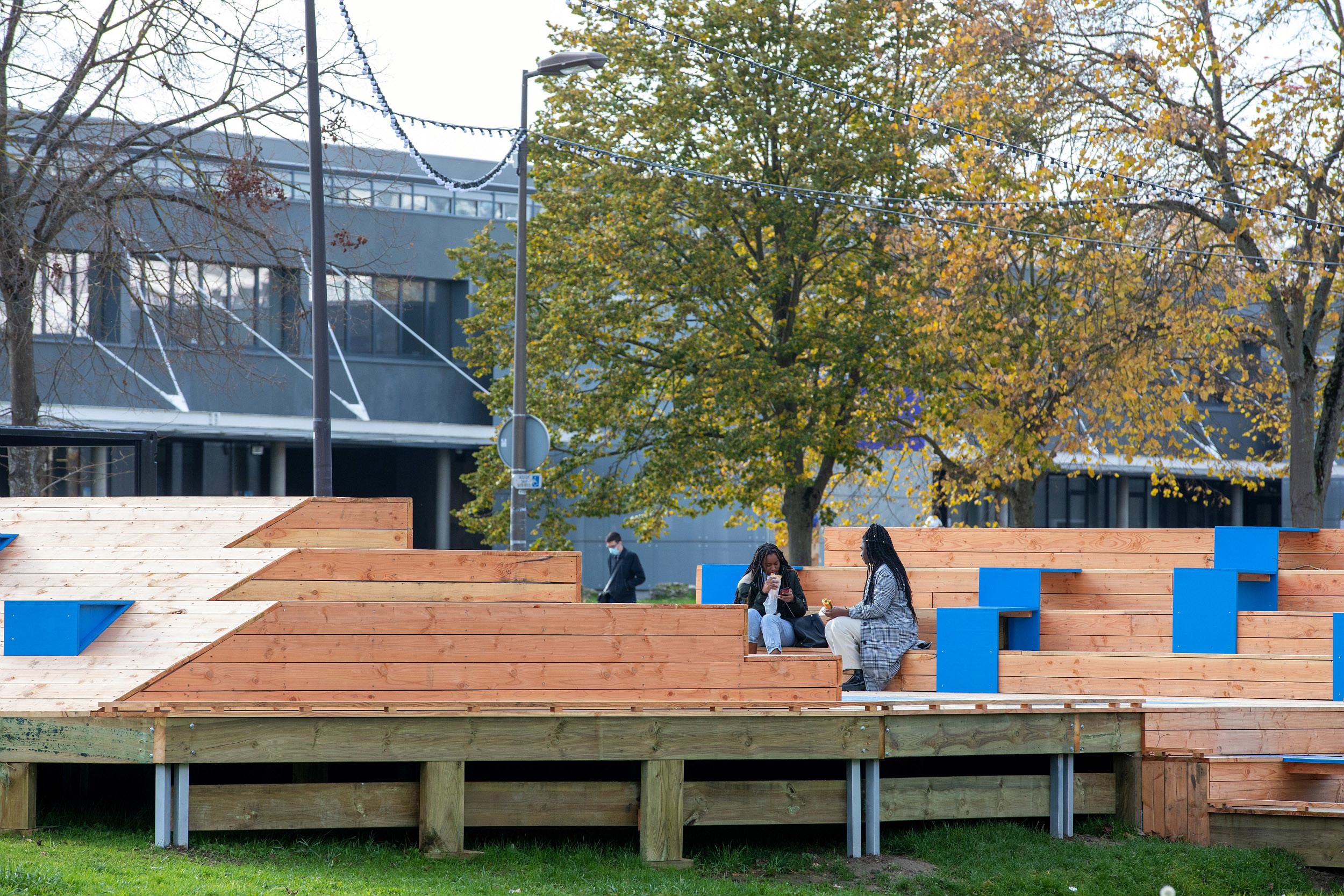 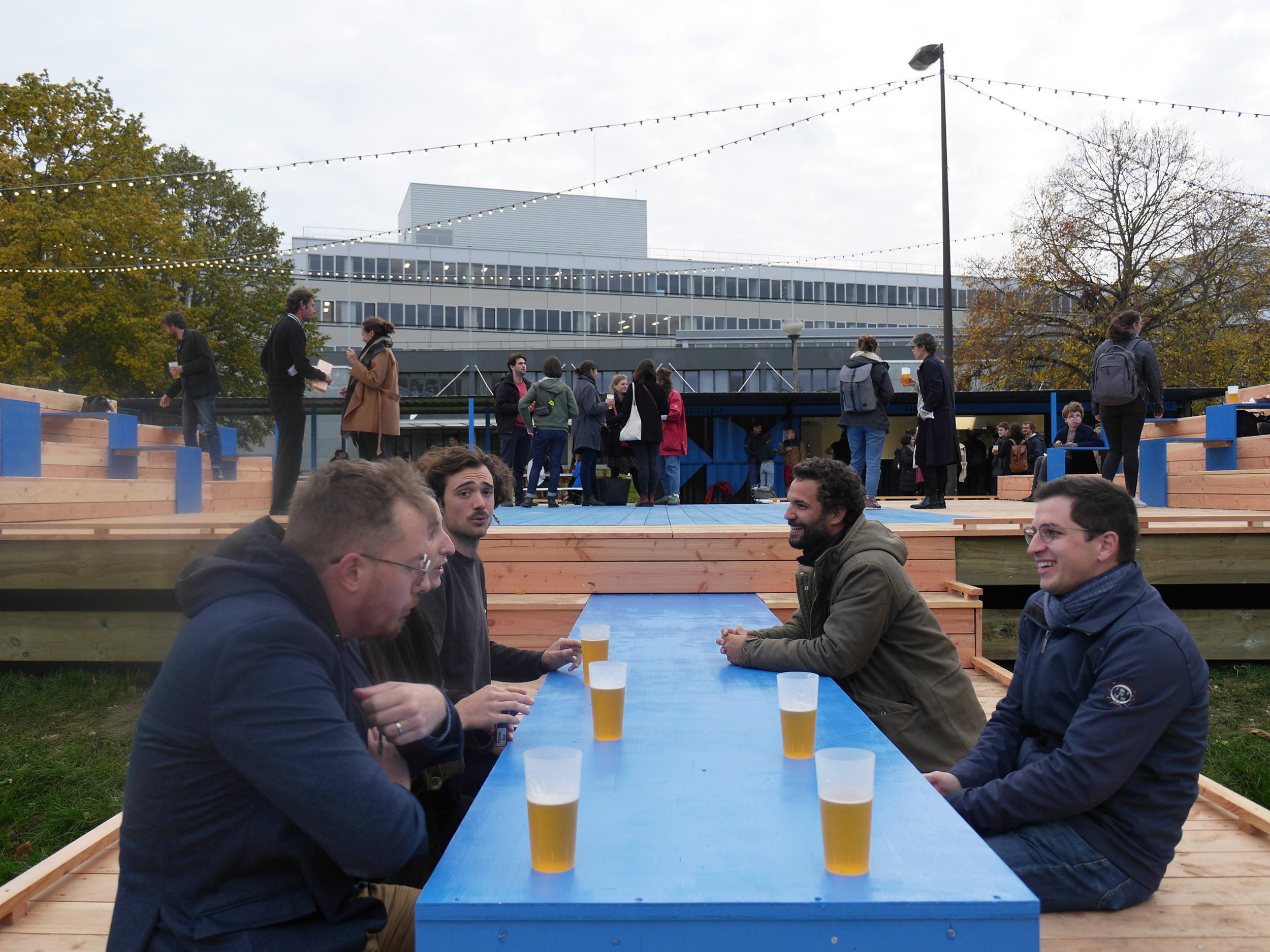 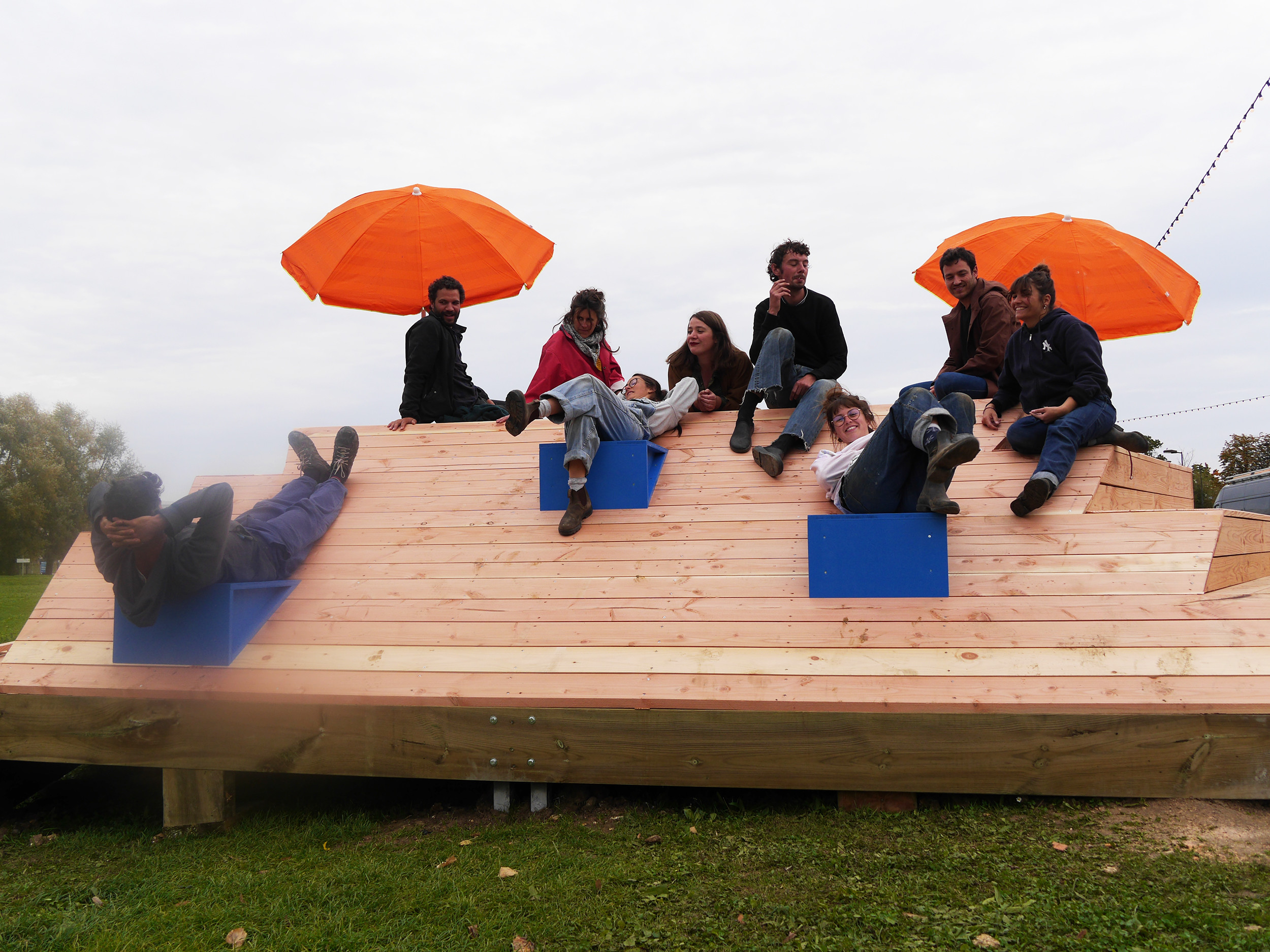 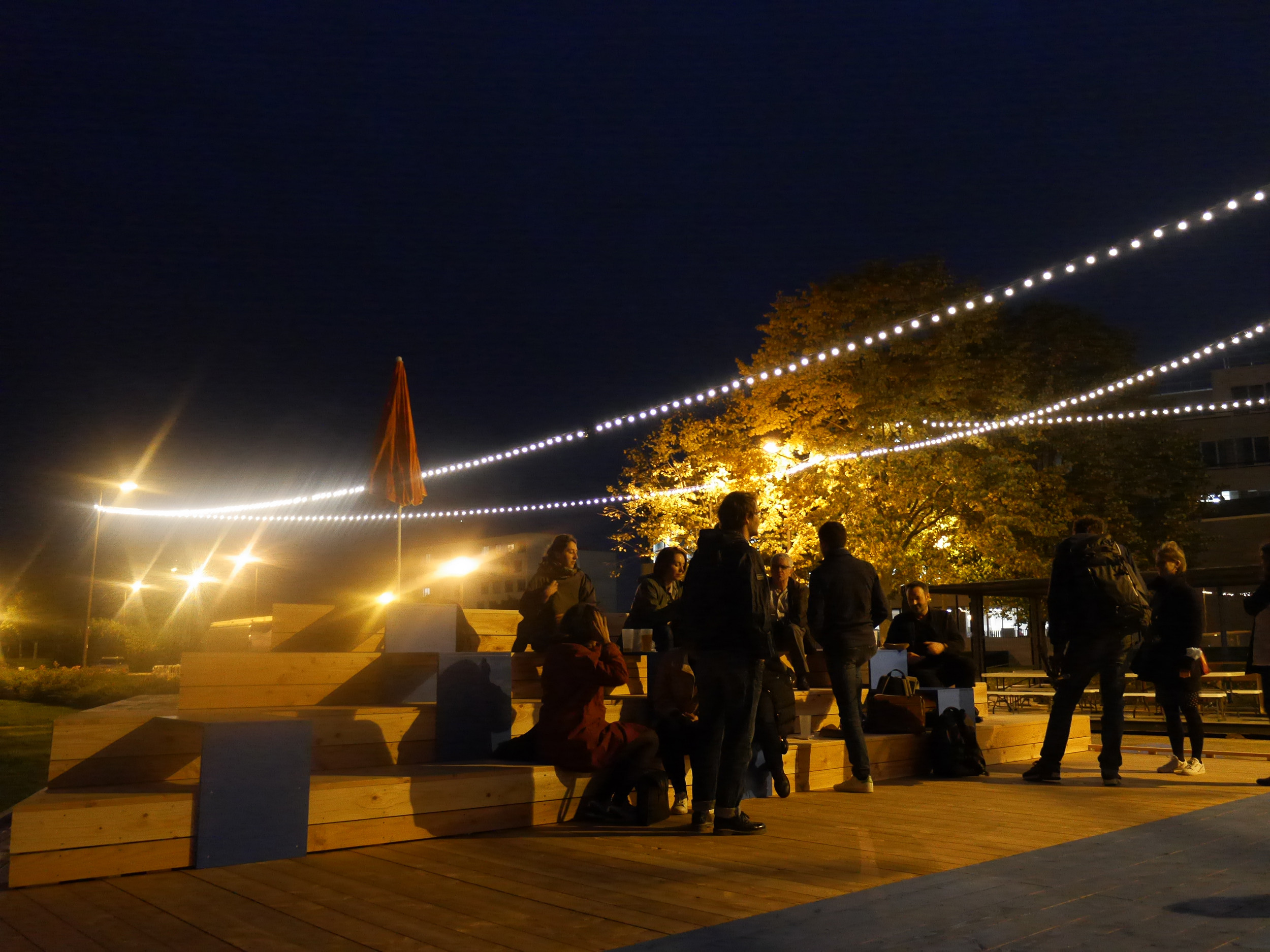 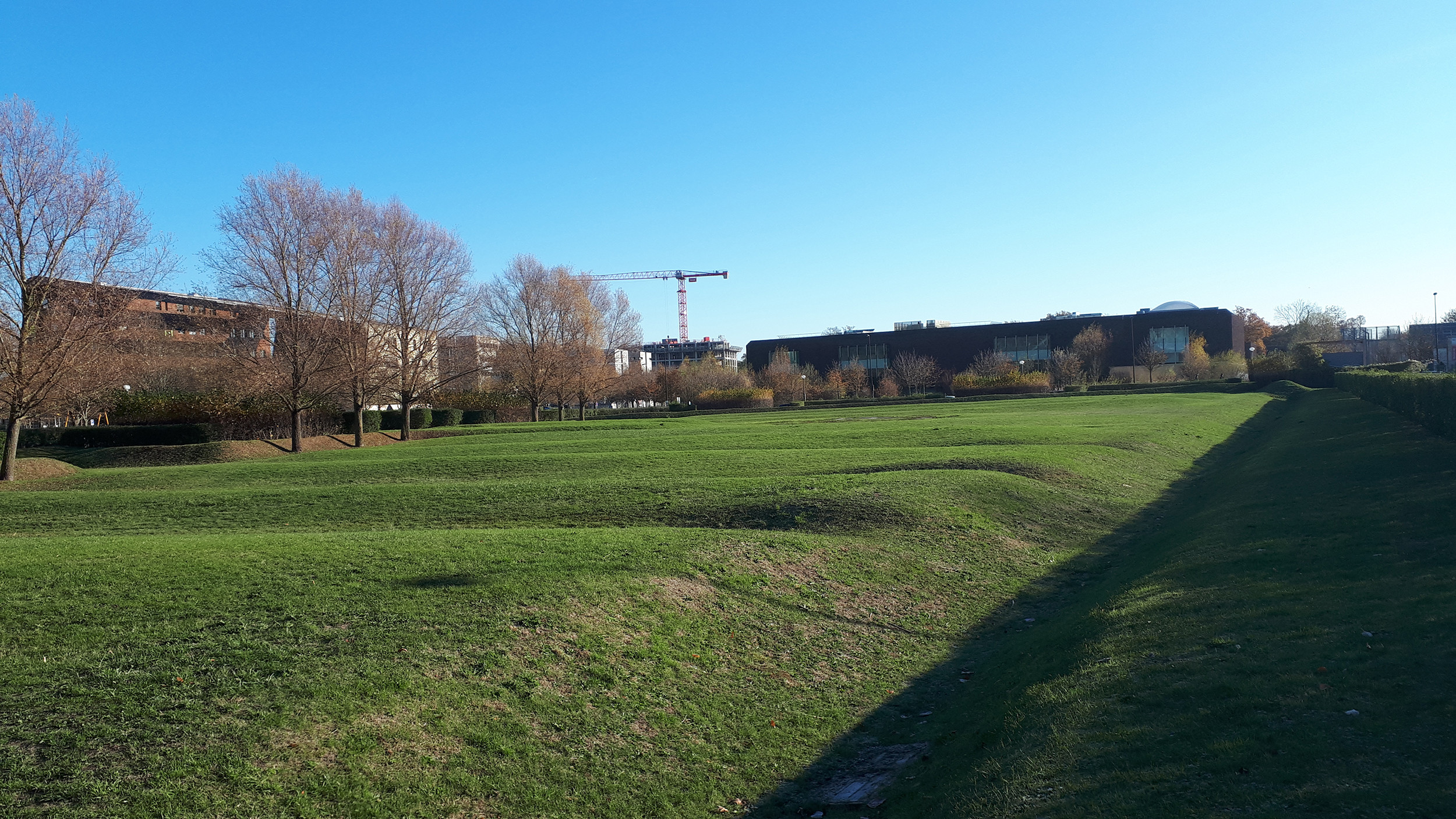 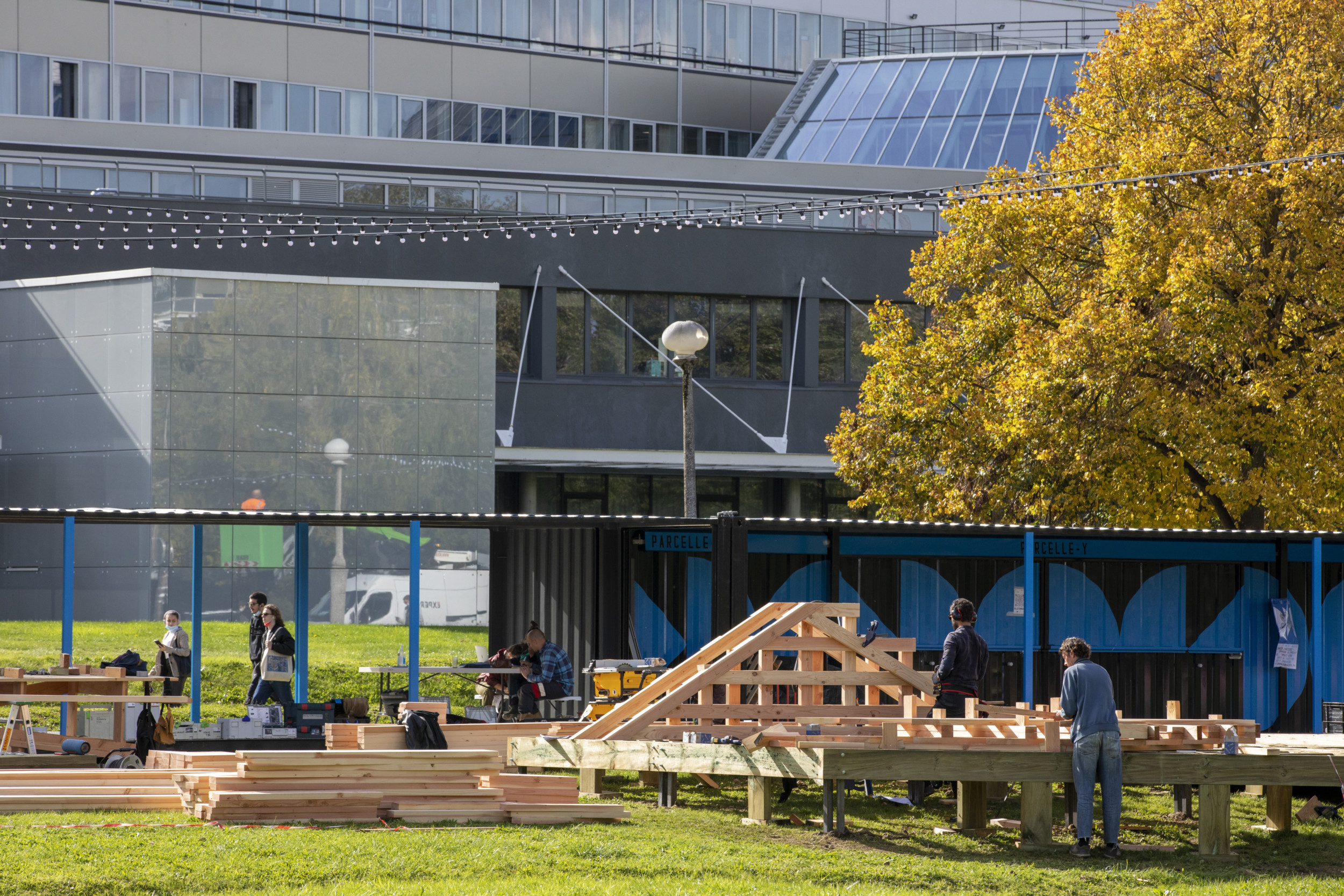 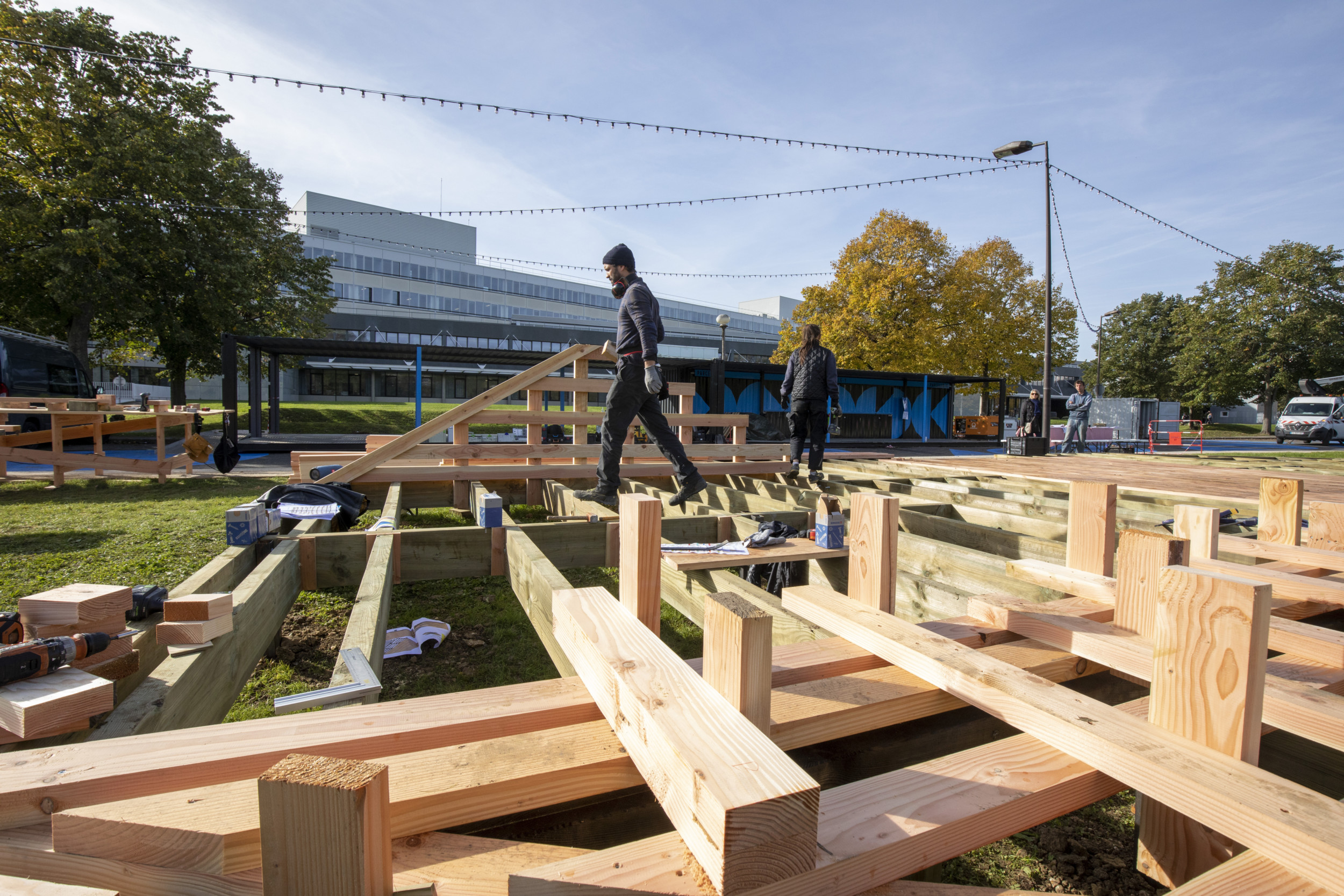 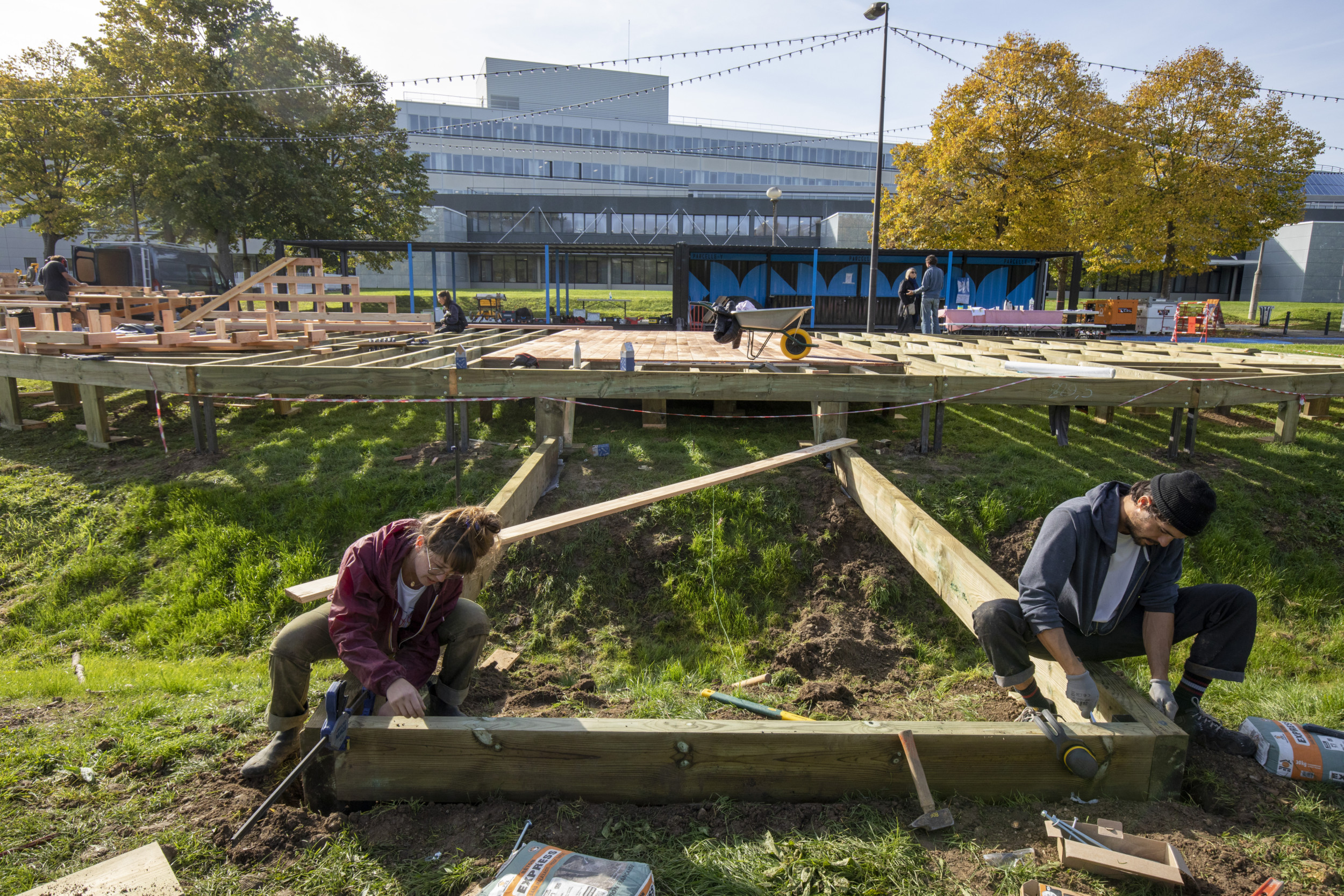 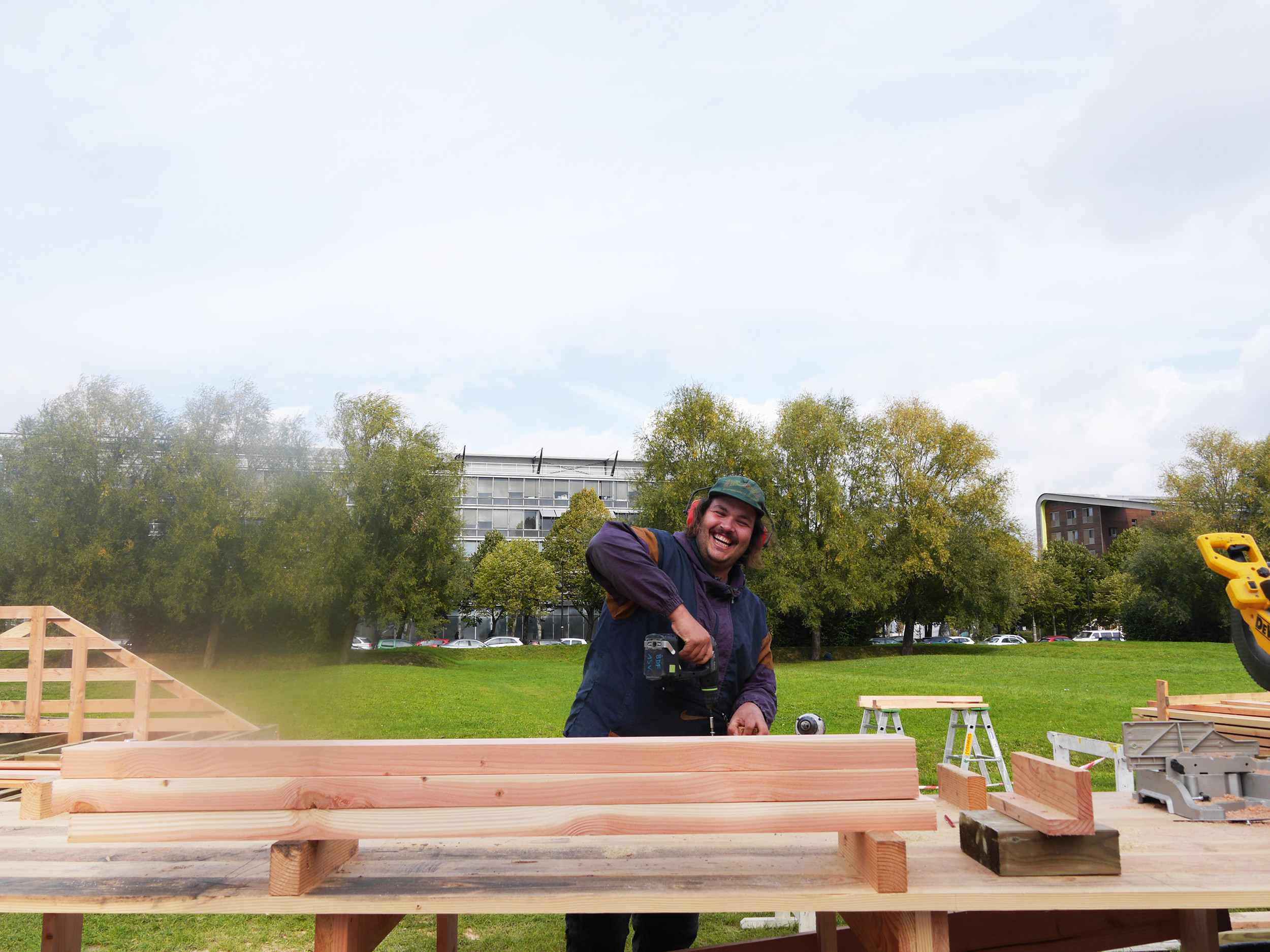 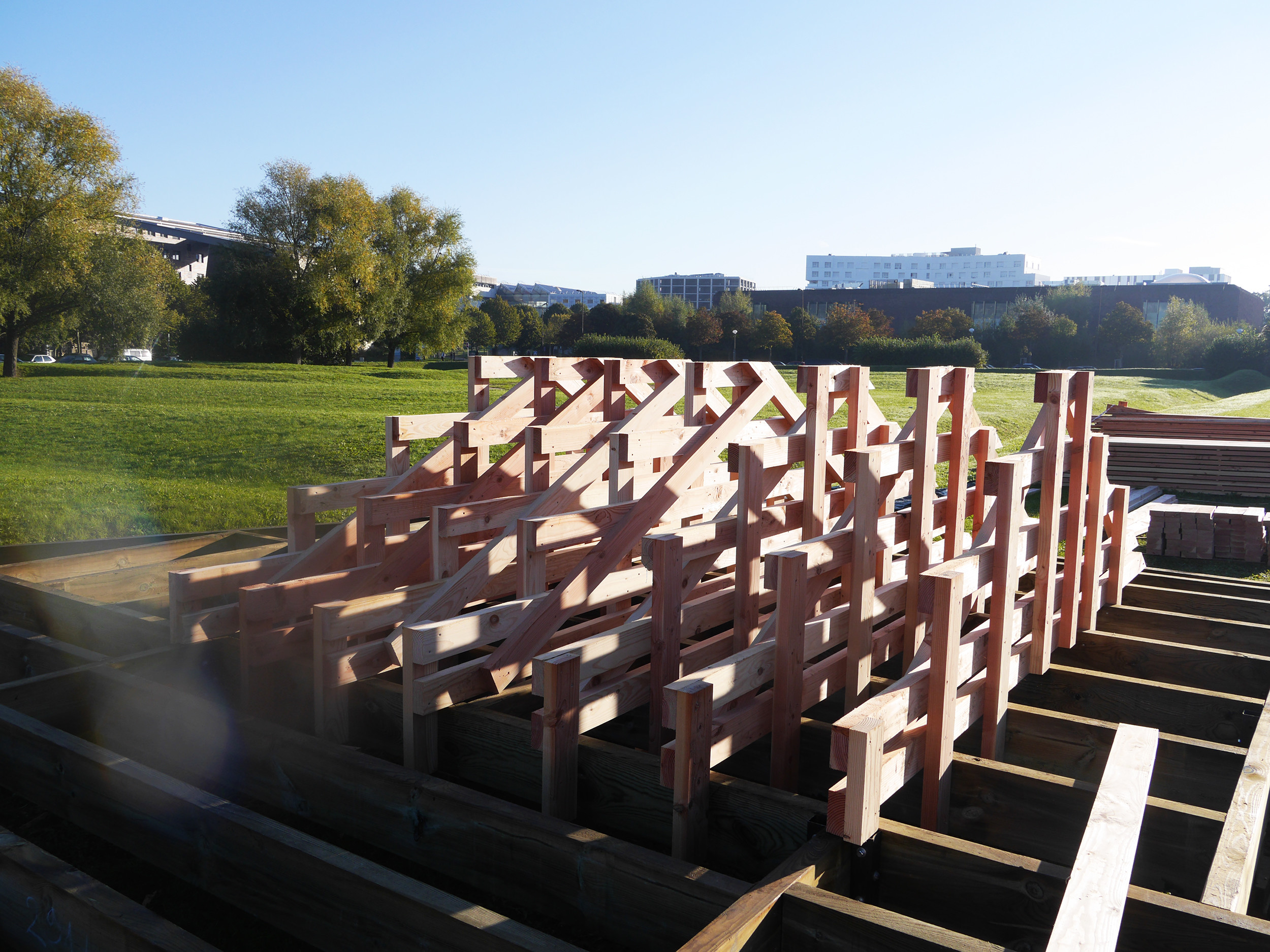 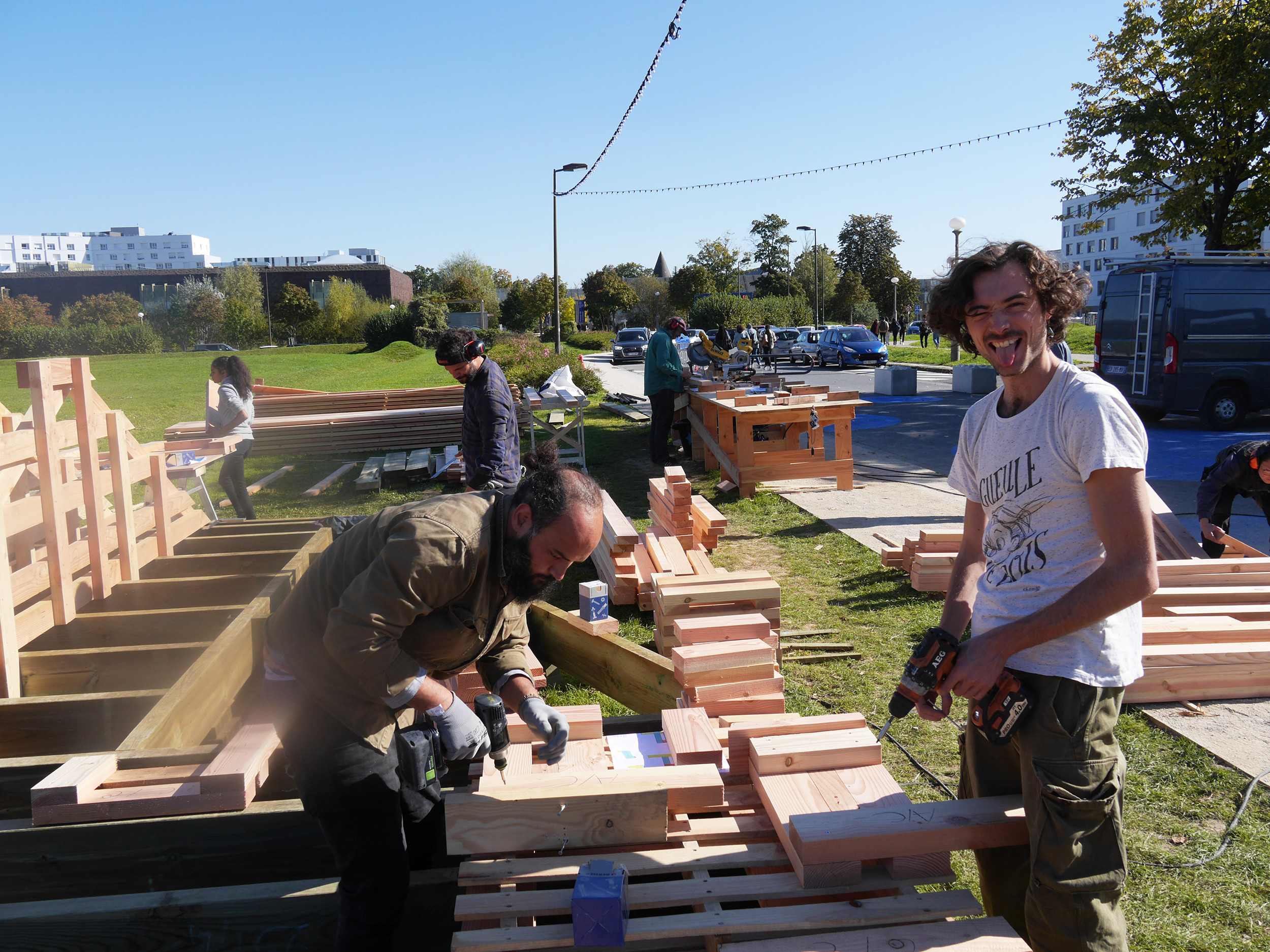 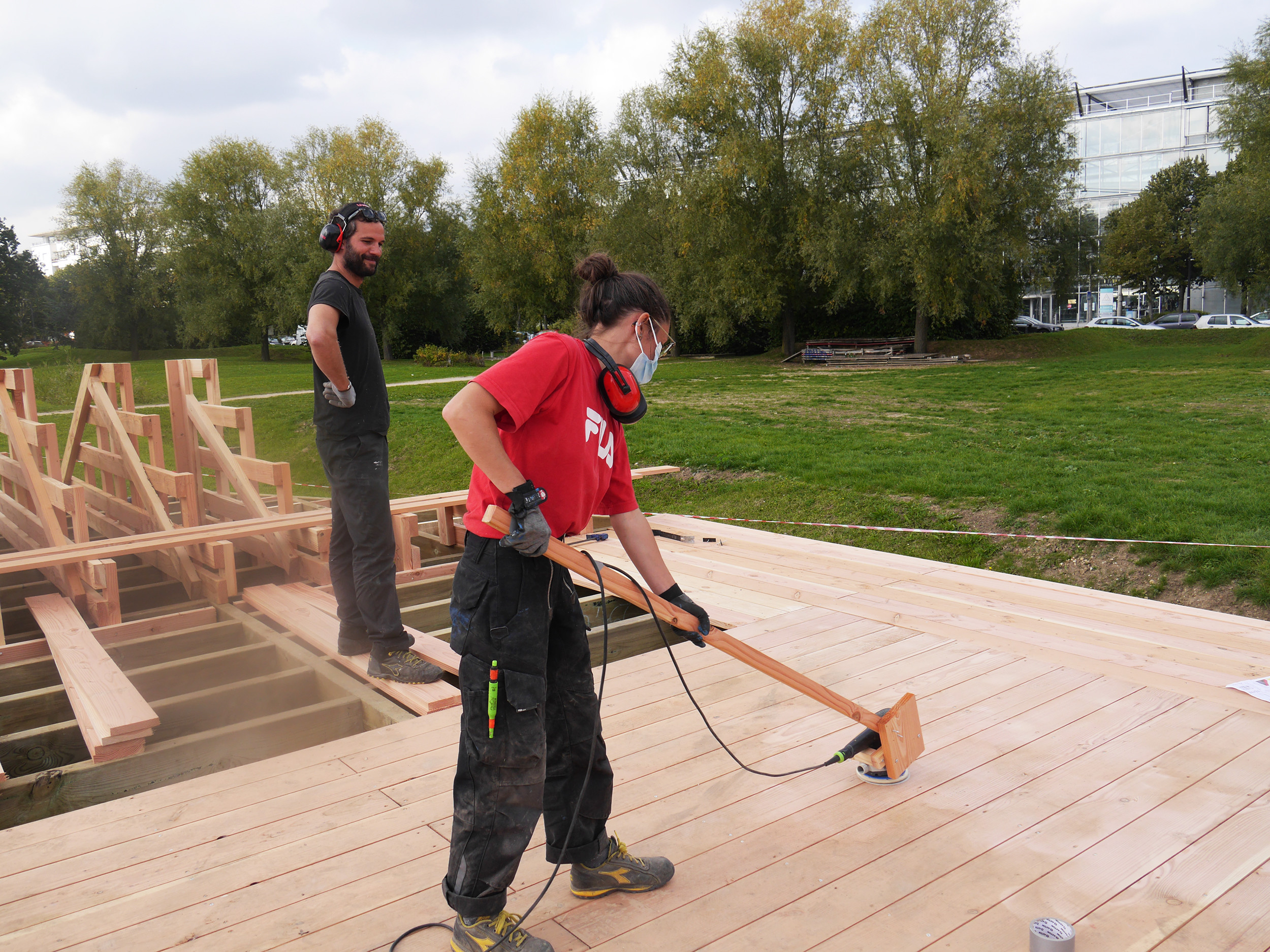 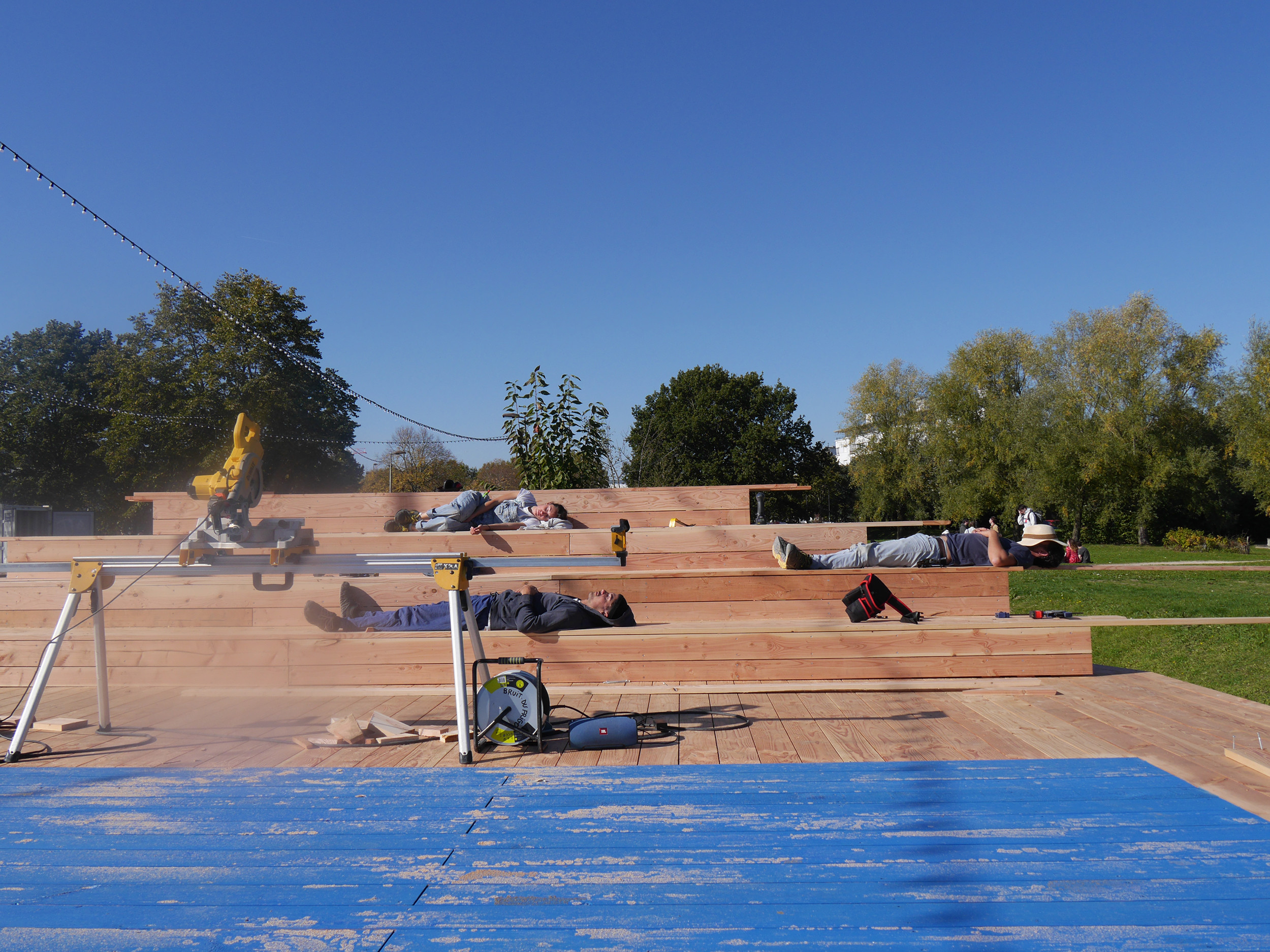 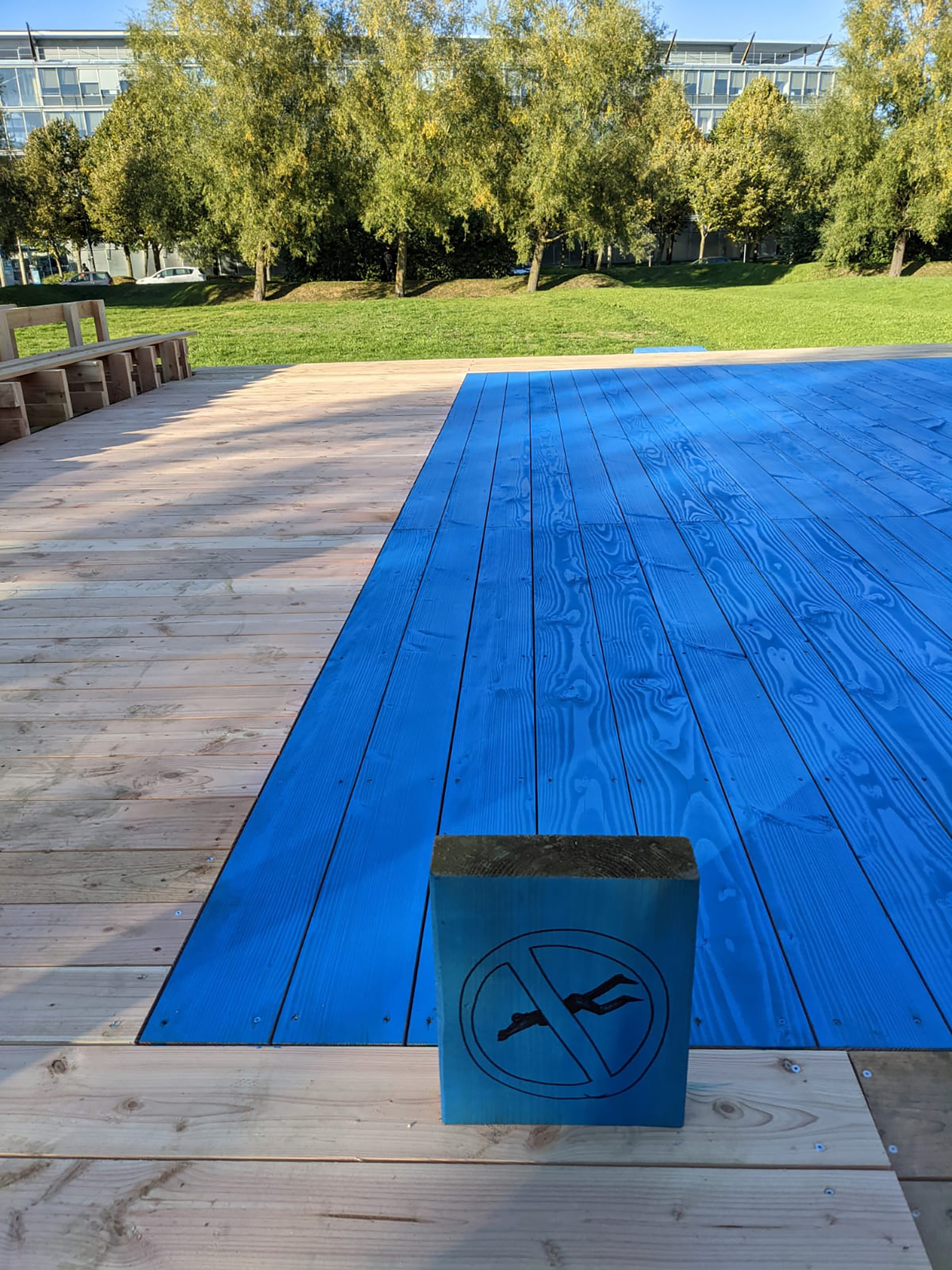 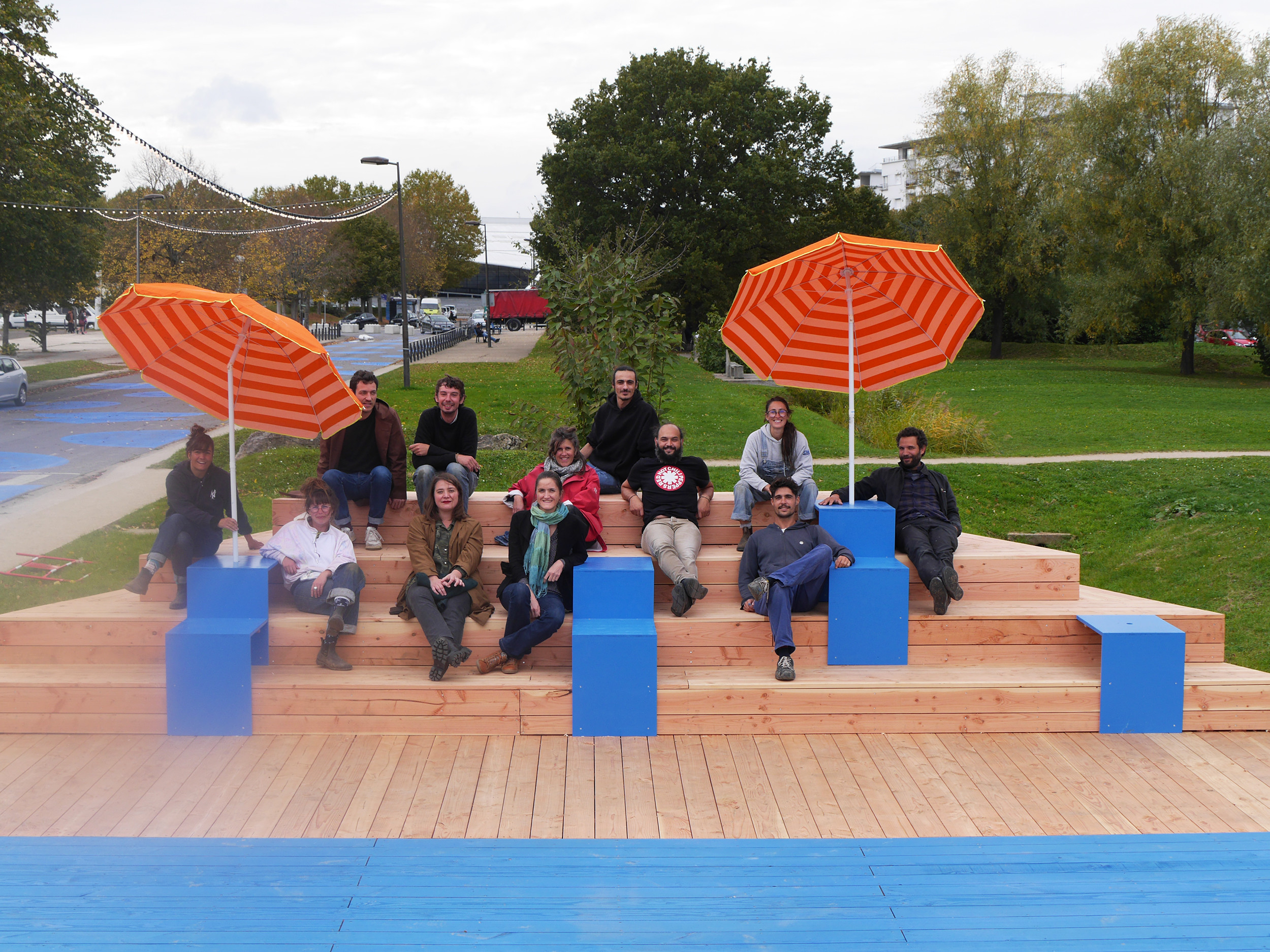 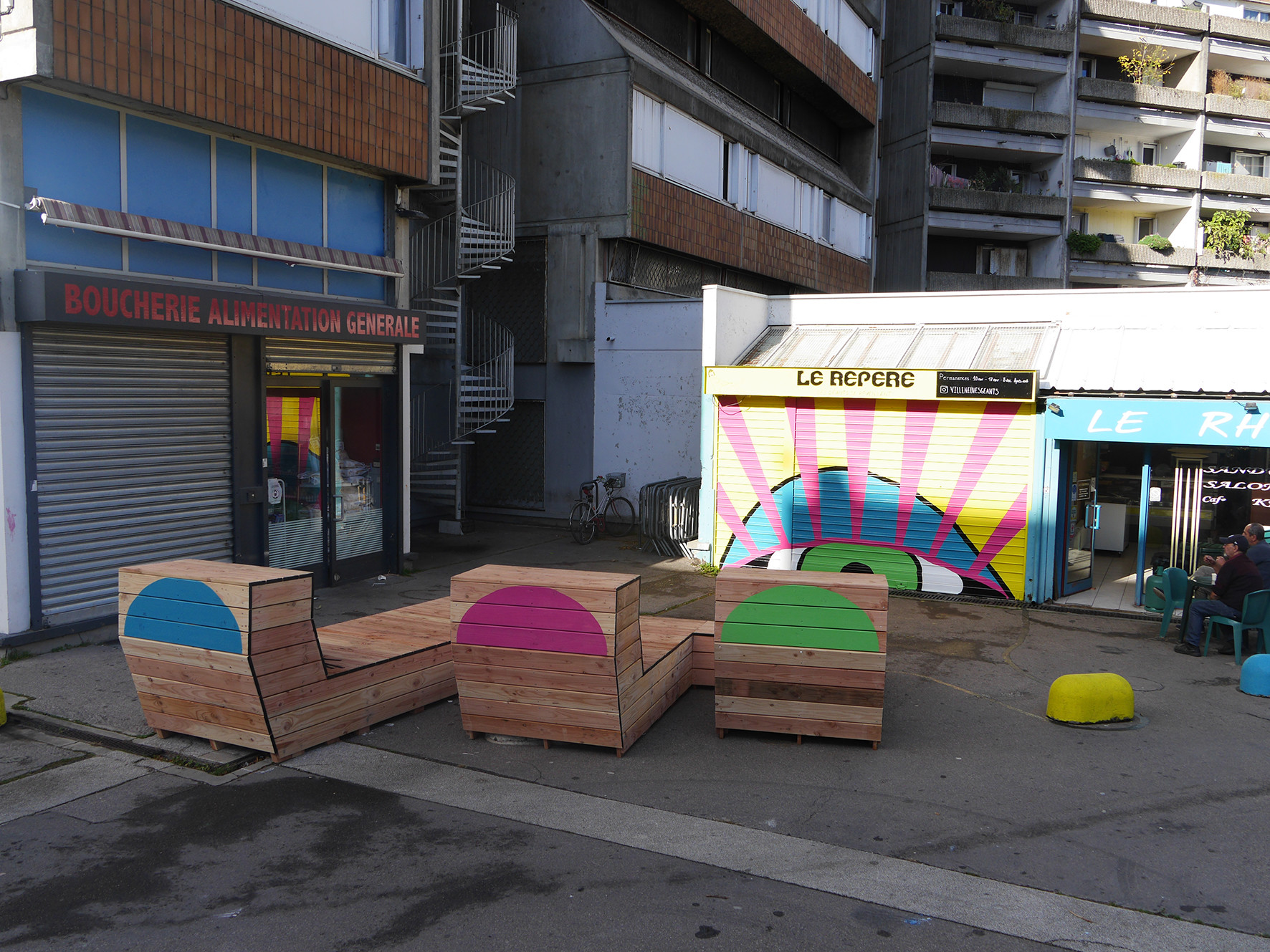 The Walks of panOramas